Judith Butler ’78 is professor of comparative literature and rhetoric at the University of California, Berkeley, and is well known as a theorist of power, gender, sexuality, and identity. She’s been called “one of the superstars of ’90s academia,” and her influence continues to shape thought in the 21st century. Her book Gender Trouble has had a profound effect on how we think about the performance of masculinity, femininity, and the spaces in between.

Butler is Maxine Elliot Professor in the Department of Comparative Literature and the Program of Critical Theory at the University of California, Berkeley and author of Bodies That Matter: On the Discursive Limits of “Sex” (1993), Undoing Gender (2004), and Notes Toward a Performative Theory of Assembly (2015), among many other titles.

She is also active in gender and sexual politics and human rights, anti-war politics, and serves on the advisory board of Jewish Voice for Peace and their committee on Academic Freedom. From 2009 to 2013, she was the recipient of the Andrew Mellon Award for Distinguished Academic Achievement in the Humanities (2009–13). She received the Adorno Prize from the City of Frankfurt (2012) in honor of her contributions to feminist and moral philosophy, the Brudner Prize from Yale University for lifetime achievement in gay and lesbian studies, and the Research Lecturer honor at UC Berkeley in 2005. She is also the past recipient of several fellowships including Guggenheim, Rockefeller, Ford, American Council of Learned Societies, and was fellow at the Institute for Advanced Study at Princeton and at the College des Hautes Etudes in Paris. She has received honorary degrees from Université Bordeaux-III, Université Paris-VII, Grinnell College, McGill University, University of St. Andrews, Université de Fribourg in Switzerland, Universidad de Costa Rica, Universidad de Buenos Aires in Argentina, and the Université de Liége in Belgium. In 2014, she was awarded the diploma of Chevalier of the Order of Arts and Letters from the French Cultural Ministry. In 2015, she was elected as a corresponding fellow of the British Academy. 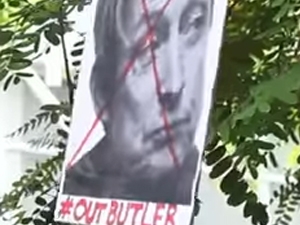 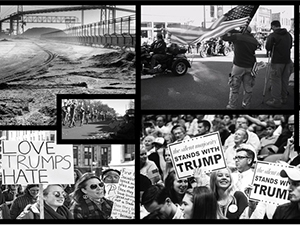 Bond Co-edits "The Rise of Trumpism" 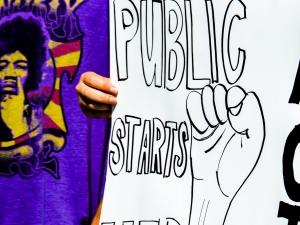