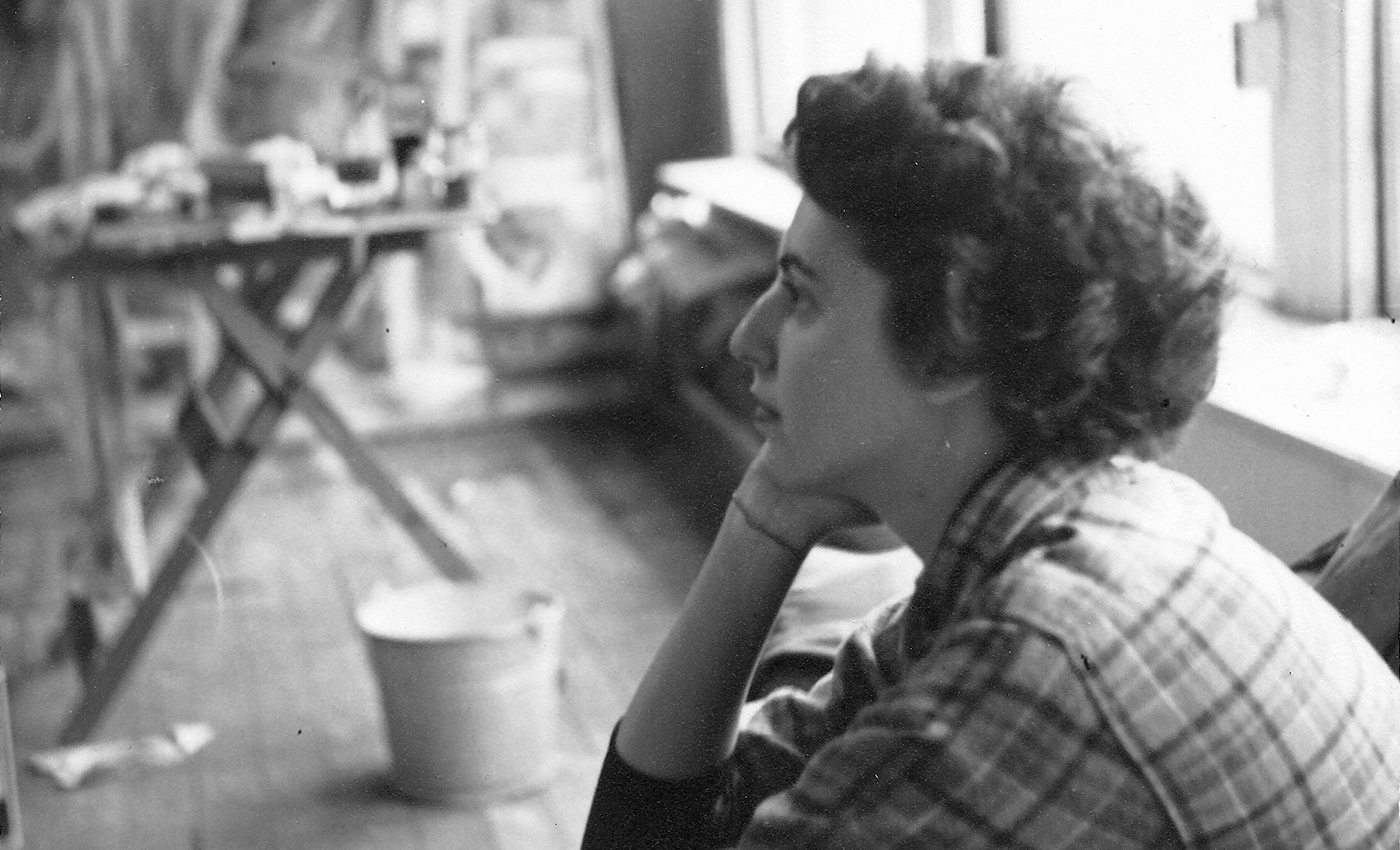 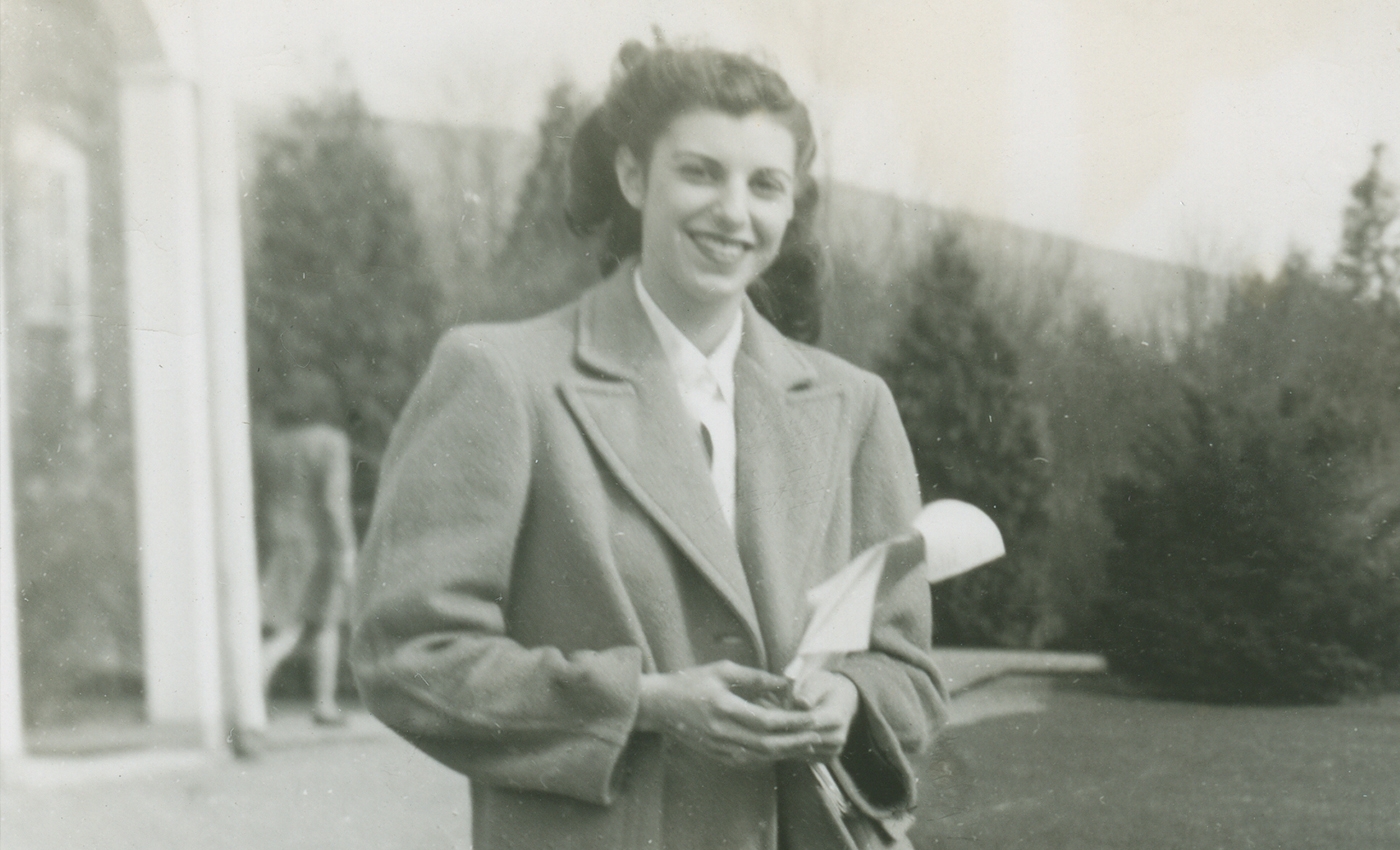 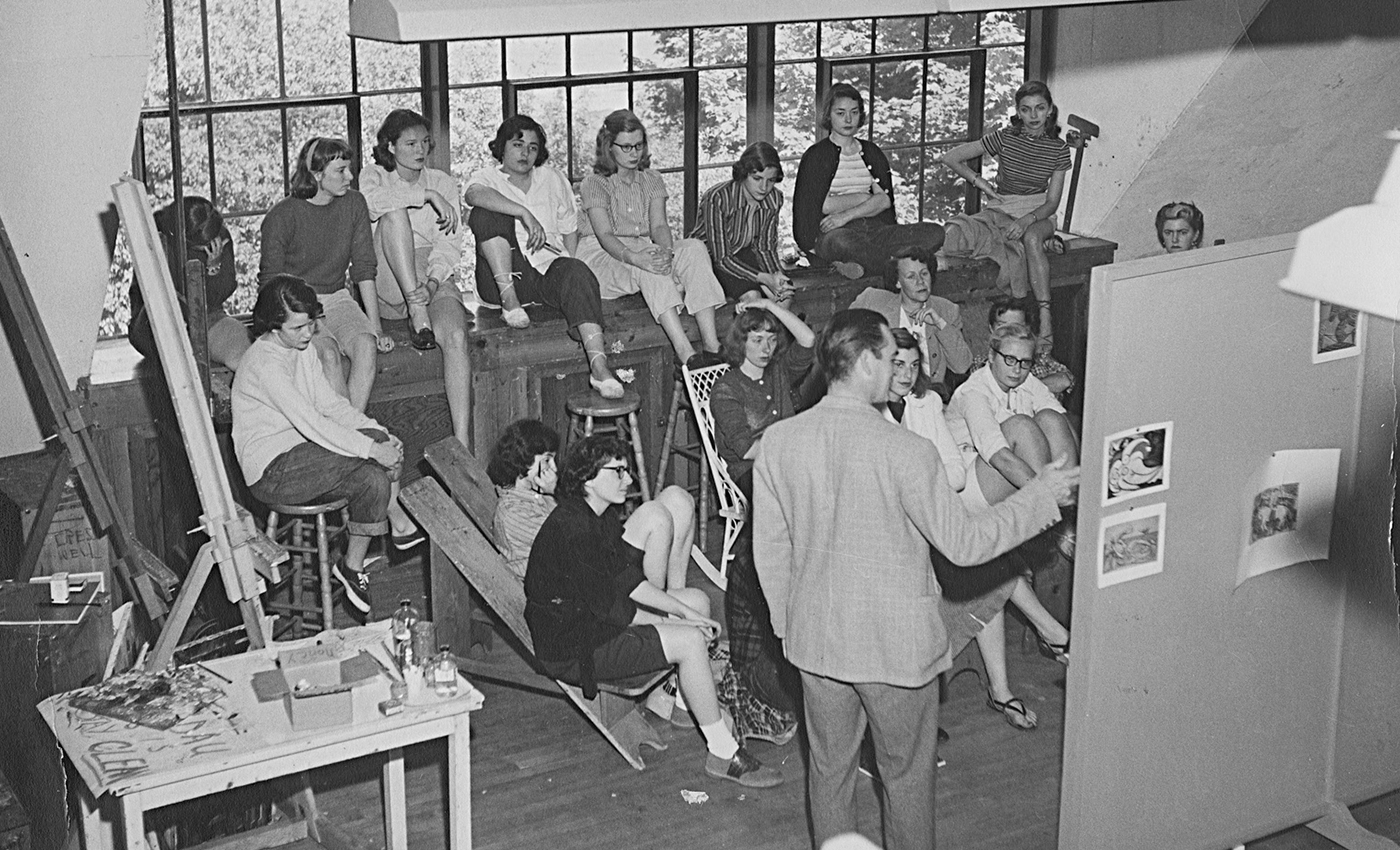 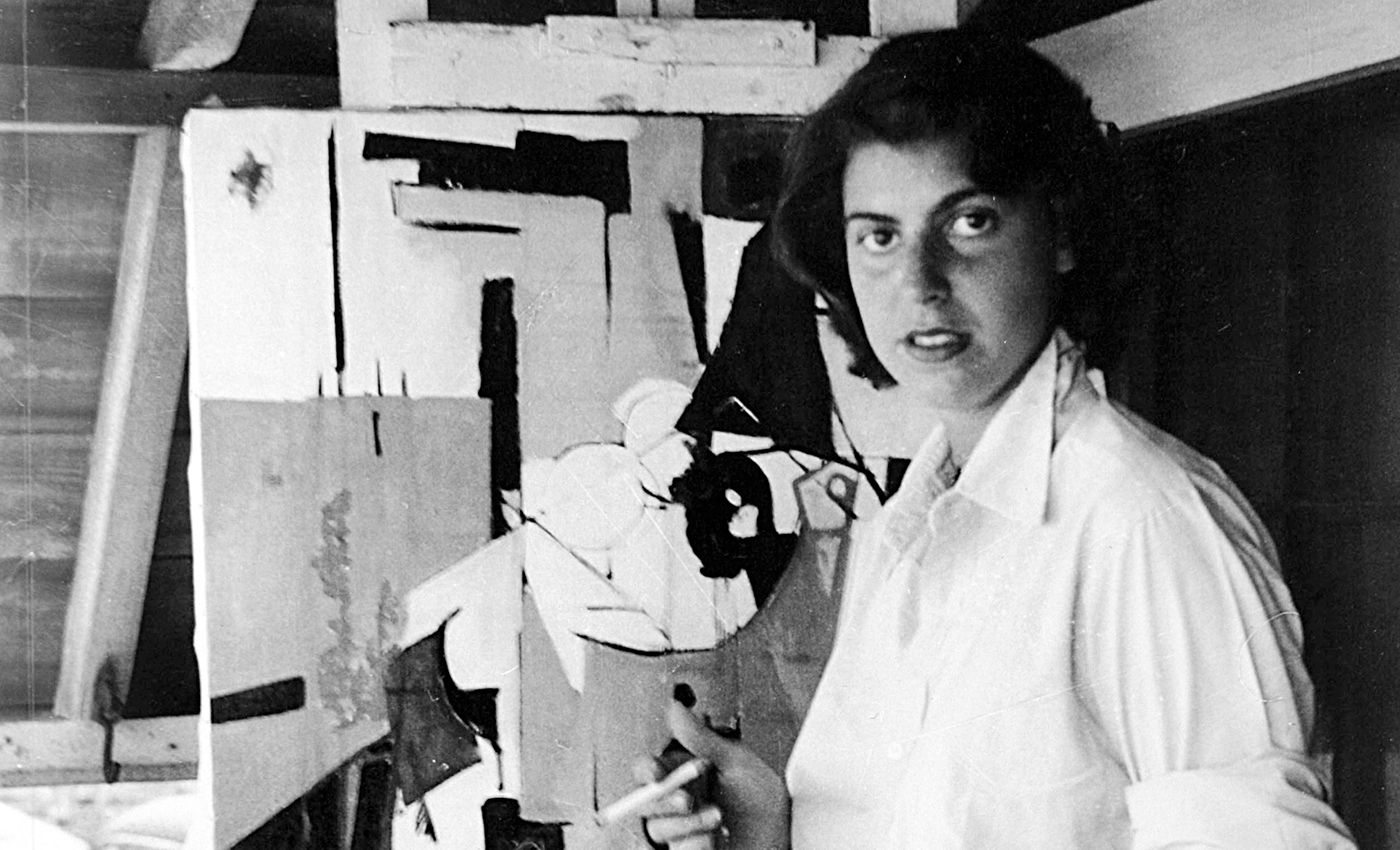 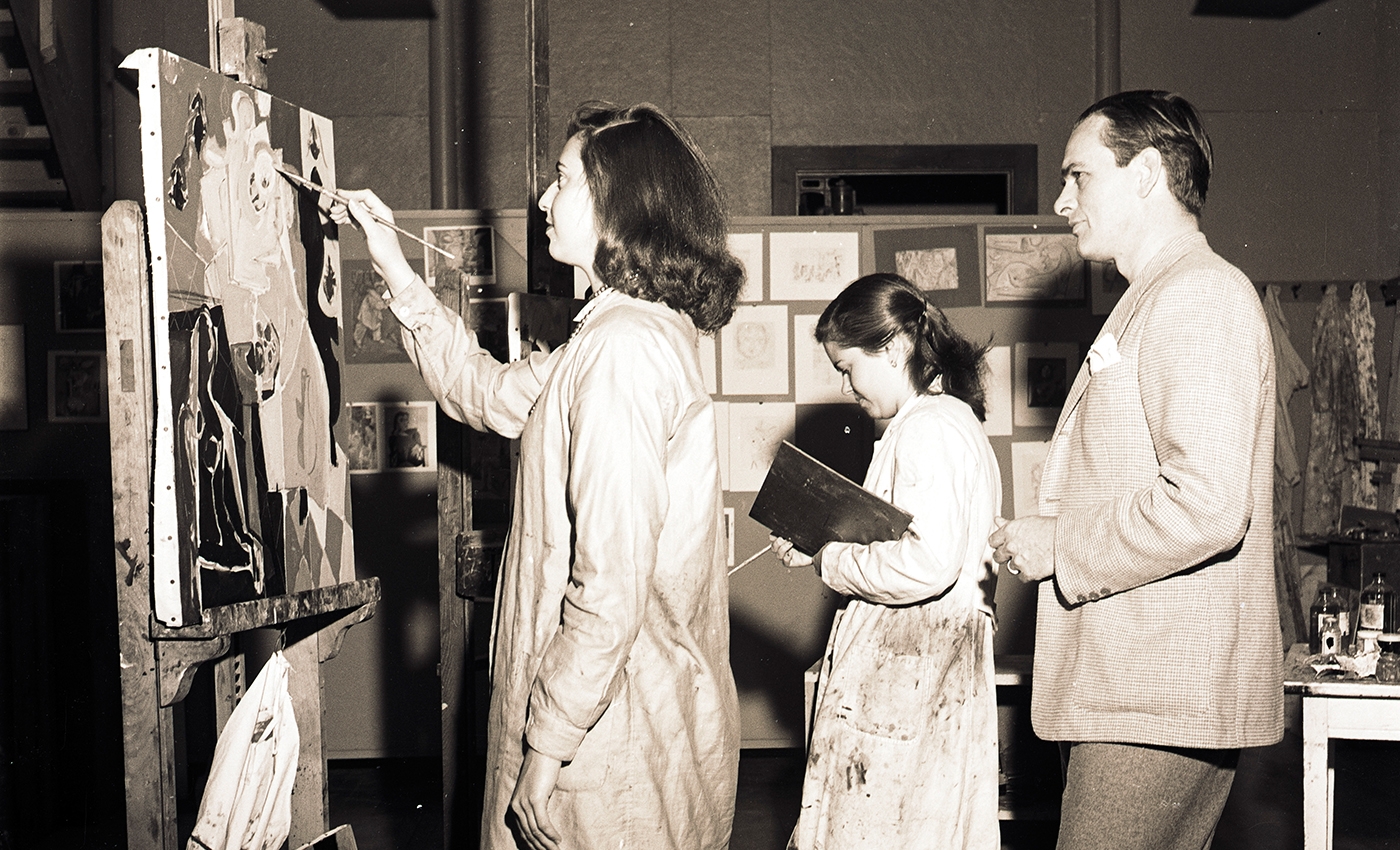 Helen Frankenthaler (1928–2011), whose career spanned six decades, has long been recognized as one of the great American artists of the twentieth century. Following her graduation from Bennington in 1949, she quickly went on to become one of America’s most celebrated abstract painters. Heir of first-generation abstract expressionism, she was eminent among the second generation of postwar American abstract painters and is widely credited for playing a pivotal role in the transition from Abstract Expressionism to Color Field painting. One of the foremost colorists of our time, she produced a body of work whose impact on contemporary art has been profound.

“We are thrilled that the Foundation has chosen to honor Helen’s legacy in this way,” said Bennington President Mariko Silver. “Hers was a genius marked by artistry and deep intellect, and Bennington takes special pride in having played a role in cultivating both. With the Foundation’s generous support, we look forward to developing those same qualities in the next generation of artists.”

The gift will be used to enrich Bennington’s distinctive curricula, facilities, and programs in the visual arts and to support a distinguished faculty whose experiences and perspectives as practicing artists create a singularly dynamic classroom experience. It will enable the College to invest in new projects and programs in the visual arts, building on its legacy as an educational innovator and as a place where students, like Frankenthaler in the 1940s, are encouraged to make their best, most surprising work.

Clifford Ross, Chairman of the Helen Frankenthaler Foundation Board of Trustees and a nephew of the artist, said, “Helen‘s education at Bennington was critical to shaping her sensibility as a young artist, nurturing a spirit of risk-taking, experimentation, and inquiry that formed the basis of her creative process. The Foundation is delighted to be making this gift.”

At Bennington, Frankenthaler studied with painter Paul Feeley, as well as with such noted intellectuals as Kenneth Burke, Peter Drucker, Ralph Ellison, and Erich Fromm. It was in 1950, at an exhibition of artworks by Bennington graduates held in New York City, that she met the renowned art critic Clement Greenberg, who was deeply influential in the early phase of her career. Like Frankenthaler, Greenberg was a frequent visitor to campus at that time, and later. He often brought with him innovative artists, including Joseph Cornell, Adolph Gottlieb, Hans Hofmann, Morris Louis, Barnett Newman, Kenneth Noland, Jackson Pollock, Larry Poons, William Turnbull, and Isaac Witkin, many of whom received their first solo exhibitions—outside of ones held at commercial galleries—at Bennington. Art historian Eugene Goossen, painter Jules Olitski, and sculptors Anthony Caro and David Smith also taught at the College.

Helen Frankenthaler remained committed to Bennington College throughout her lifetime.

Returning often to campus, her work was presented in solo exhibitions at the College in 1962, 1978, and 2007. She served as a trustee from 1967 to 1982, and, when the College’s Visual and Performing Arts Center opened in May 1976, she spoke at the dedication of the arts center that will now bear her name.

In 2007, on the occasion of Bennington’s 75th anniversary, Frankenthaler offered this recollection: “All of my Bennington memories melt into one joyful stream of laughter, invention, serious concerned pursuits, intense friendships, and the opening of my already ‘analytic mind.’”

Bennington College is a liberal arts college in southwestern Vermont that distinguished itself early as a vanguard institution within American higher education. It was the first to include the visual and performing arts in a liberal arts education, and to integrate work in the classroom with work in the field. To this day, Bennington stands apart in requiring that every student—every winter term—get a job, complete an internship, or pursue an entrepreneurial experience. Bennington students work intensively with faculty to forge individual educational paths around their driving questions and interests. The College graduates small classes of tested students, regardless of chosen field, who are notably confident in their capacity to engage and succeed in the world. For additional information, www.bennington.edu.

The Helen Frankenthaler Foundation, established and endowed by the artist during her lifetime, is dedicated to promoting greater public interest in and understanding of the visual arts. It supports the artist’s legacy through a variety of initiatives, including exhibitions, loans of artworks, research and publications, conservation, grants, and educational programs for the public and the scholarly community. As the principal beneficiary of Helen Frankenthaler’s estate, the Foundation maintains an archive of original papers and materials pertaining to her life and work and a collection of her artwork in a variety of media.