Upright Citizen in the Green Mountains

Newly appointed Drama faculty member Shawtane Bowen shares his journey coming to Bennington and his experience of life on campus.

What brought you to Bennington?

Coming to Bennington was serendipitous. For years, I was a performer in New York City at a comedy theater called Upright Citizens Brigade. I was on house teams for both improv and sketch. Out of that experience, I made friends with some talented comedians and co-founded a sketch comedy group called Astronomy Club. We were the first all-Black house team at the theater…maybe the country. I’ve spent the last 10 years performing improv and sketching.

One of my friends from Astronomy Club was hired to teach three courses at Bennington in 2018. However, during the first week of classes, he got a writing job in Hollywood for a show called Adam Ruins Everything. We had been working together for years, so he knew all about my background in theater and that I have an MFA from the American Repertory Theater/Moscow Art Theater School at Harvard. He thought I’d be a good fit, so he asked if I’d be interested in taking over his classes. I lept at the opportunity.  He then referred me to the Drama faculty. The hiring process happened in a whirlwind fashion: one day I was doing comedy in New York; 72 hours later, I was teaching comedy in the woods.

Bennington students are unique individuals and artsy as all get out. Being in the classroom together was invigorating for them, but for me as well. Once I got back to New York, my creativity was revitalized. Just being in Vermont and enjoying nature was also a fresh change. The students enjoyed my classes so much that the [school administrators] kept bringing me back every spring, until the pandemic happened. Once the pandemic hit, they asked if I wanted to stay for the fall. And then they asked if I wanted to stay forever. And now, here I am.

What excites you about teaching at Bennington?

I like working with and mentoring young people. I like helping young artists learn about themselves and their process and guiding them as they struggle, but also watching as they grow from that struggle. I encourage my students to experiment and fail as much as possible. Art is a process that involves a lot of trial and error, especially comedy. Failure, and learning from those failures, help build the muscles and fortitude for eventual success.

Comedy is one of the few art forms where you have to do it in front of other people to learn and grow. It’s the one art where you’re getting feedback in real time. It takes many years of getting on stage, trying out jokes and bits, writing, rewriting, and bombing to get funny, consistently. With comedy, you have to get on stage as much as possible, every night.

A lot of what I teach in improv has very practical applications to other art forms and life. In class, we focus on the art of collaborating and supporting each other’s ideas to create magic. Bennington students are great at adding their own twist and thinking outside the box and bringing unique perspectives to the table. They are willing to share thoughts and opinions, but still eager to listen and learn. This openness has made the mutual teaching-learning process enjoyable.

What has been your favorite experience in class so far?

During class, I sometimes like to jump into scenes with a character or a walk on, and model some of the concepts we’re learning so my students get a sense of what’s possible. These moments are always fun.

My most memorable classroom experience was in a comedic characters course I taught a few years ago. I had a student who had never heard of Andy Kaufman, who was a famous comedian from the 70’s who changed how we understand comedy. He was truly an avant garde comedic voice, being the first to break the fourth wall and risk antagonizing his audiences for comedic effect. My student’s characters reminded me of his style, so I sent them Andy Kaufman videos to watch.

Inspired by Kaufman’s ability to blur the line between what’s real and fake, my student came back and asked me to engage in a fake argument during a presentation of their character. They’d start by performing the character, then I’d give notes, and they'd strenuously disagree. Which then devolved into me kicking them out of class. We committed to the bit, and everyone in the class was bewildered. They thought this student and I were having a blowout argument. But then our argument turned into a shoe fight. They threw their shoes at me, so I threw mine back! At that point, everyone started to catch on. The entire class was rolling with laughter. Afterwards, the entire class talked about Andy Kaufman and this concept of “anti-comedy.” It proved to be a memorable class for all.

Currently, I am working on three projects, and the majority of them are confidential. My writing partner and I are collaborating with a rapper on an animated hip-hop series. I’m also co-writing my first feature, a horror/comedy.

I am also writing a new pilot, which is currently in the research phase. I’m interviewing people about a world we don’t see a lot on TV. It deals with working-class people, which is important to me. My family did not have a lot of money growing up, so I’m eager to tell those stories.

Finally, I am directing the Fall Faculty Production, Small Mouth Sounds. In this play, seventy-five percent of the action happens in complete silence.We have an excellent cast that is a mix of first-term students, some seniors, and one third-term student. I directed Gloria by Branden Jacobs-Jenkins last fall, which went well, so I'm happy to be doing it again.

What do you like to do in your free time?

I like to go record shopping. I'm a huge vinyl addict. I would take any chance I can to get off campus and go to a record store or record fair–shout out to the Bell Tower Records in North Adams. I have collected over 4,000 records.

Record stores are heaven to me, and browsing them is how I decompress. I have Apple Music and Spotify, but I truly enjoy the physical aspect of touching an album, feeling the jacket, and admiring the cover art. I listen to very eclectic music: jazz, hip-hop, blues, Japanese psych rock… Black Flag, Gal Costa, Current 93, MBV, Glorilla, Kendrick… People say I have very eclectic tastes. I would say I like stuff that sounds good, no matter the genre. I even listen to Gospel… if it’s soulful and funky enough. 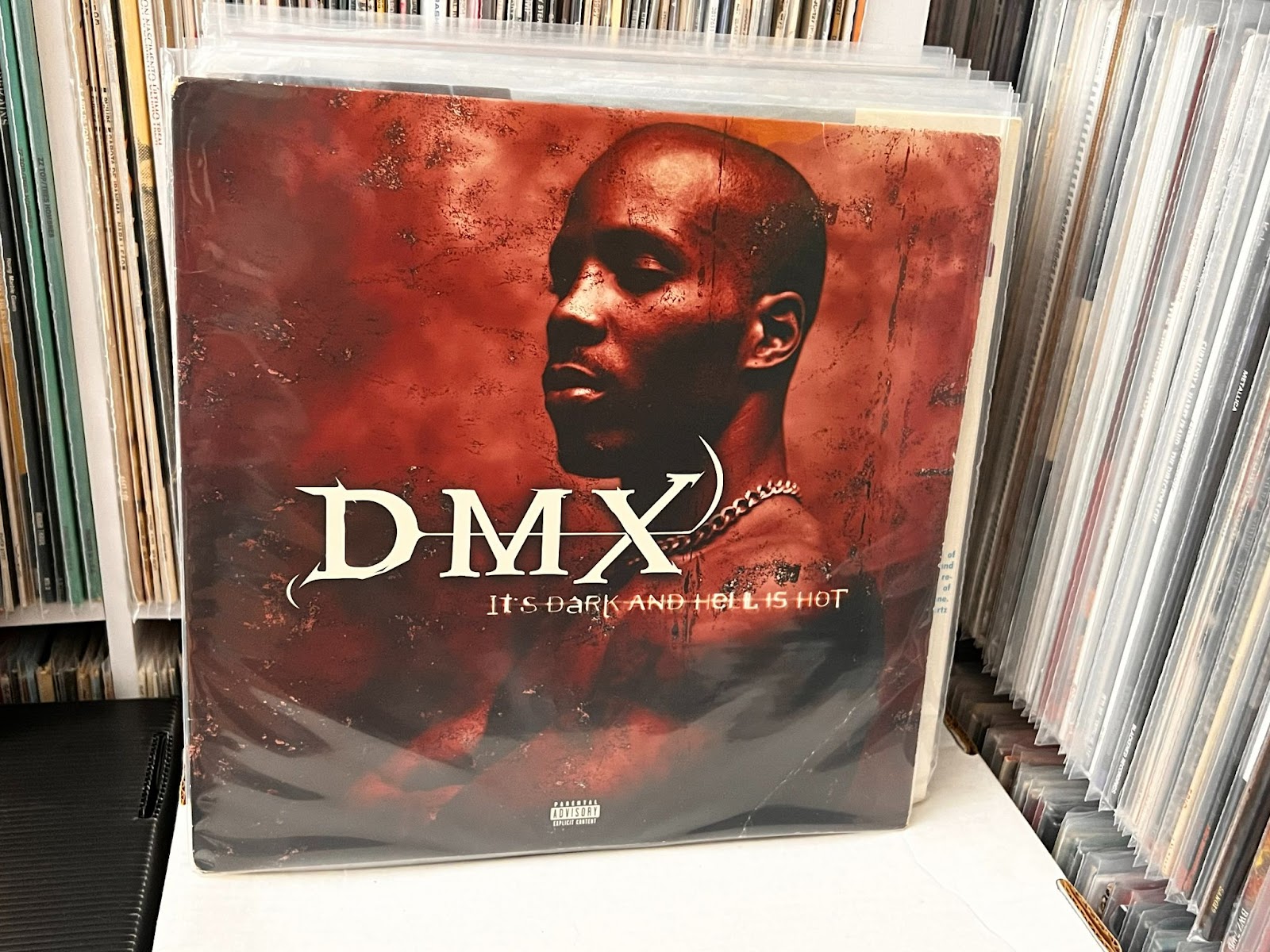 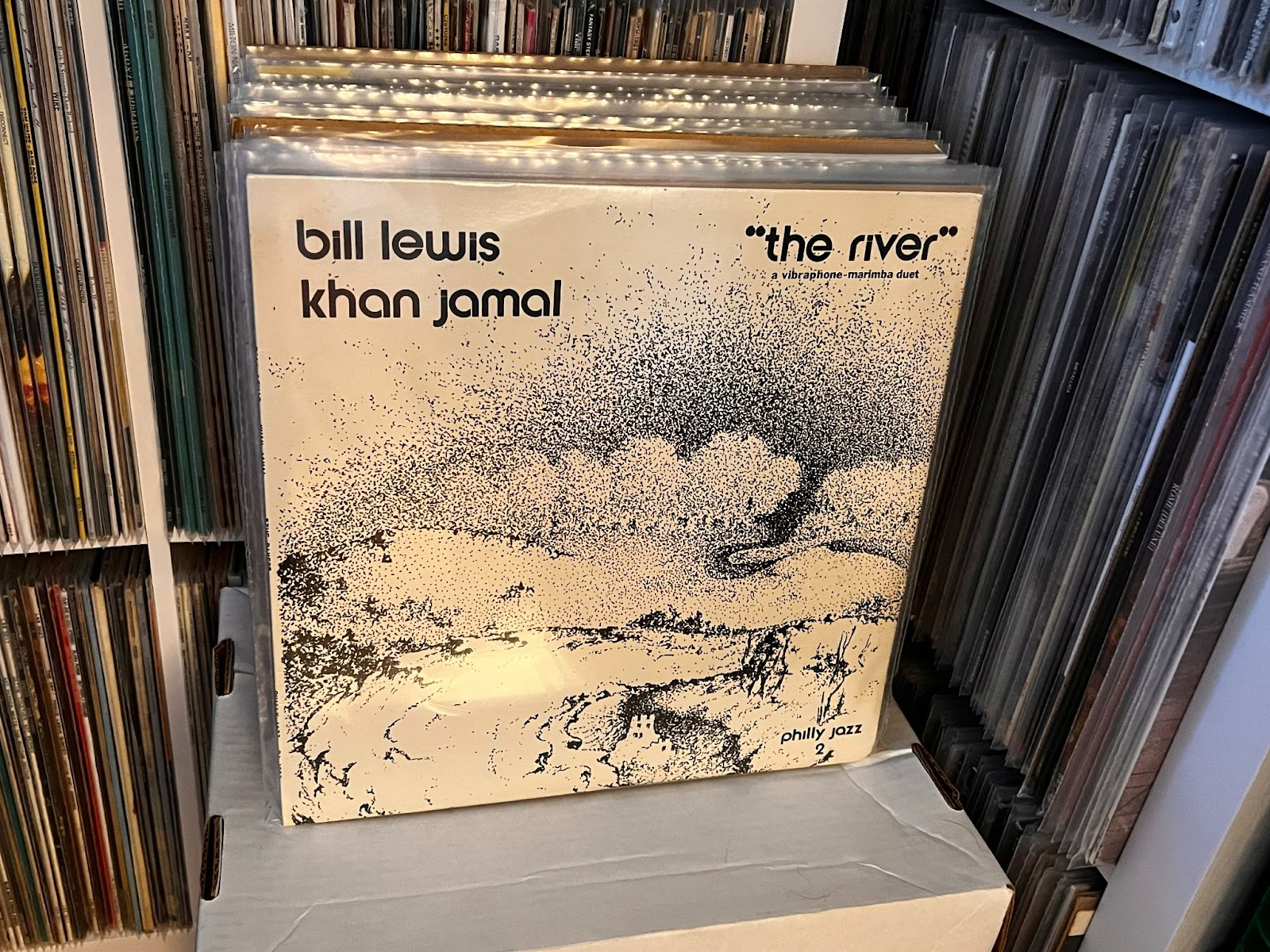 Aside from sneaking off campus to dig for records, I spend a lot of time with my partner, Jenny, who is a working actor and screenwriter, and our dog Phoebe. Phoebe has been living on campus since she was 6 months old. She really is kind of a campus celeb. As soon as we start walking, we barely get 10 feet because we have to stop every 30 seconds for students to say “hi” and for her to kiss and sniff and let peeps pet and rub her belly. I am convinced Phoebe is the shadow president of the College.

What is your favorite place on campus?

I like shooting hoops at the basketball court in the Student Center. I also like my apartment, which is located on campus. It is great to be home immediately after getting out of class, and Phoebe also loves looking out the window and meeting students. She barks up a storm if you don’t stop to say hi. 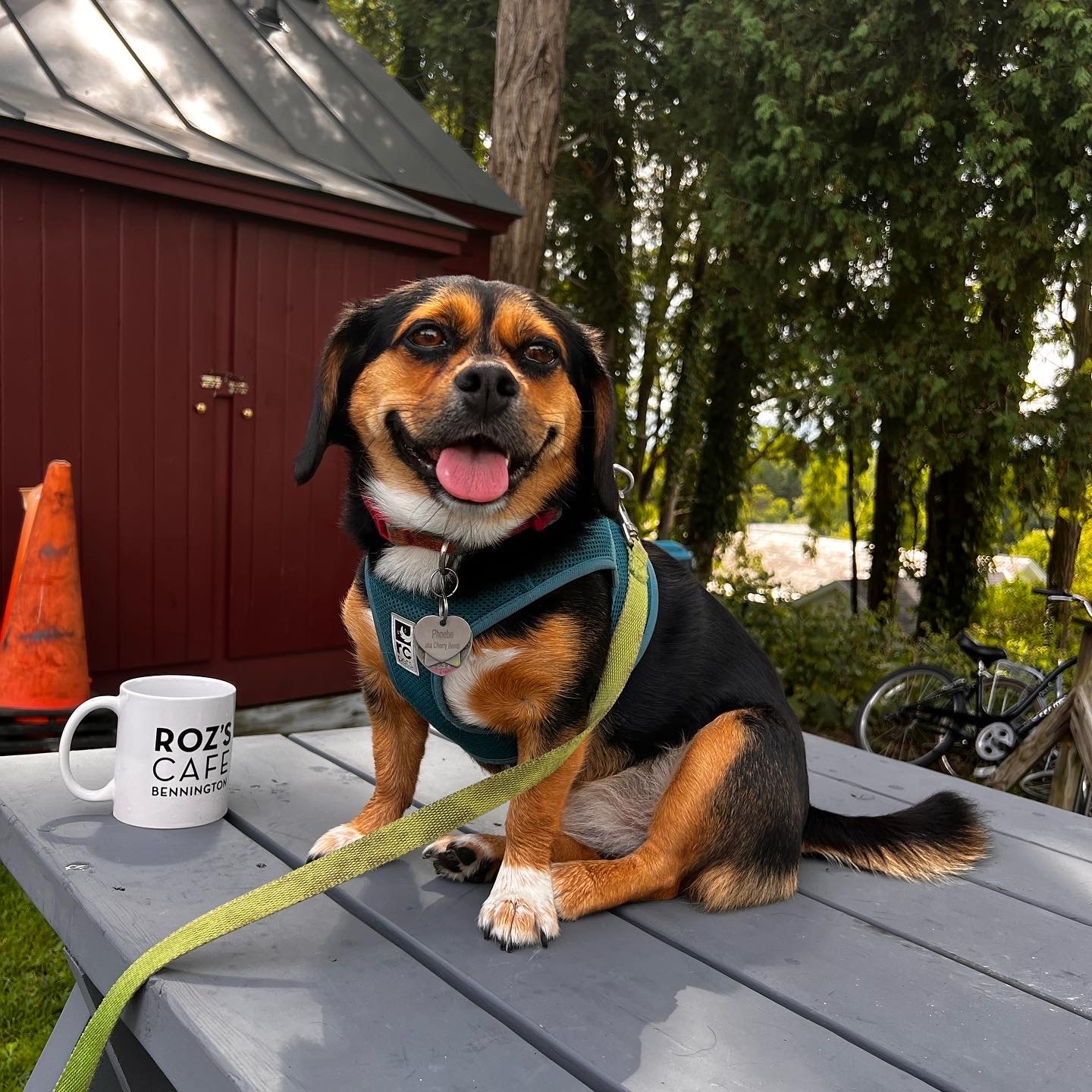 What are you looking forward to this term?

I am very excited for Small Mouth Sounds. Working on a play is a long and exhausting process full of  trial and error, but  the collaborative process, and working with these students, is extremely satisfying. Everyday we get to come to the theater and play make-believe to tell a story that will move people. I love these student actors and the rest of the creative team because they give their heart, soul, creativity, and talent with no hesitation. It’s all a subtle alchemy, but I’m confident we’ll pull it together and create something special!