At Bennington College, we strive to foster a community that not only cares about global problems, but does something about them. Both in the classroom, and in our daily lives, we make sure that environmental, economic, and social issues hold a focal point in our designs, our questions, and our work. We have a Climate Action Plan, and are not only committed to reach carbon neutrality by 2030, but are also tracking our progress in adapting to climate change through community resilience, food security, and countless other initiatives.

We don’t assume that sustainability is achieved through the most conventional path, but instead seek to engage continuously with our evolving world, through active questioning and investigation. Just like our educational mission, our sustainability initiatives seek to push boundaries, to link together disciplines and perspectives that are otherwise separated. Perhaps most importantly, we learn through practice, by taking our ideas and applying them to the real world. This is how we give a working definition to sustainability.

We're pleased to announce that Bennington College is going carbon neutral by 2030! Learn more about this initiative.

They add up. We saved more than the equivalent of the average annual water use of seven US families by replacing conventional shower heads with low flow shower heads. That's over 800,000 gallons of water each year. *

Turning out the lights

In the fall term of 2016 we replaced the 102 fluorescent bulbs that light our outdoor paths and with LED lamps. The project saved an estimated 40,500 kWH of electricity, the equivalent of permanently turning off 300 incandescent light bulbs.*

Better controls lead to better data. That's why Bennington has introduced metering technology into thirty of its buildings, giving us detailed, real-time information on our energy use. These “eGauges” will be used to better understand our energy use, and thus inform sustainability measures going forward. The installation of programmable thermostats in strategic locations around campus has not only payed for itself in under five months, but reduced our annual emissions by over 6 tons of CO2/year. Over ten years, that will be equivalent to planting over 1,500 trees. 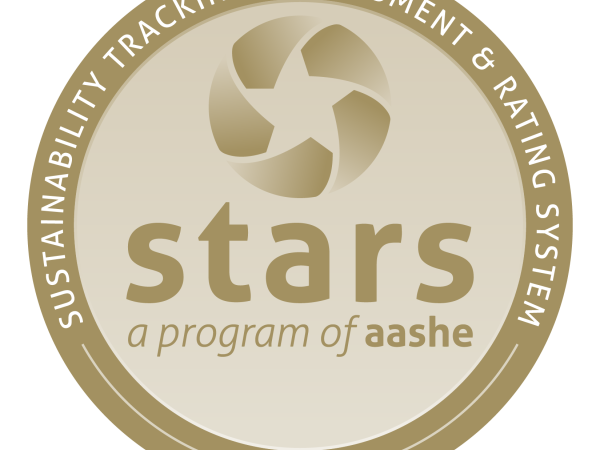 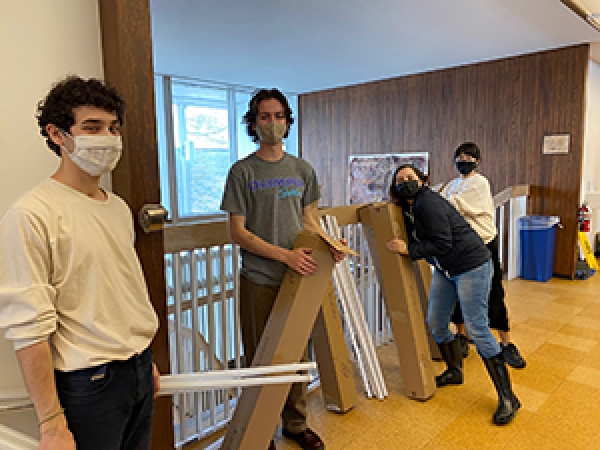 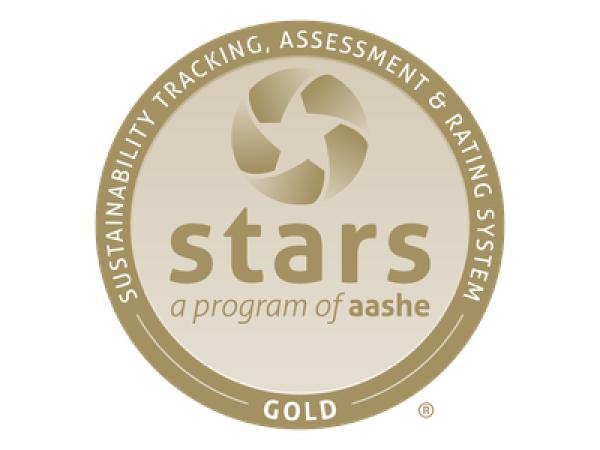 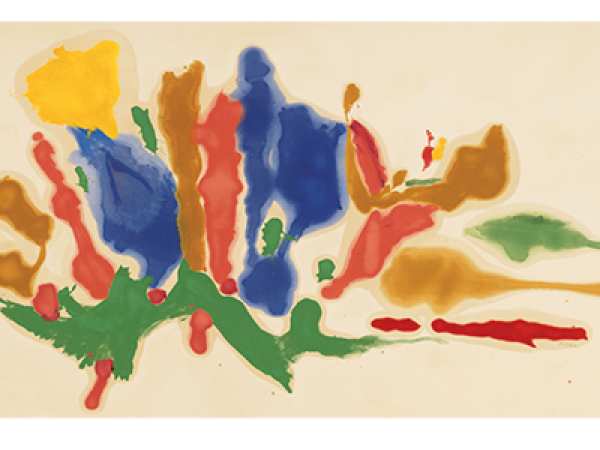 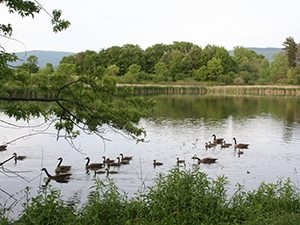 The Sustainability Committee is made up of staff, faculty, and students from all areas of the College. Their mission is to advance a shared sense of responsibility towards the social, economic, and environmental well being of the College and beyond in order to educate Bennington students and lead by example, and to build bridges between the College, the local community, and the world at large. 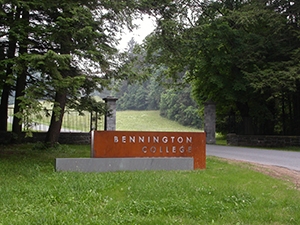 Within a two year period, the college partnered with Efficiency Vermont with a goal of reducing the energy usage on campus by 7.5%. At the end of the two years, Bennington College had decreased energy usage by 12.4%. Bennington was also one of the first signatories of the Second Nature Resiliency Commitment, understanding that adapting to climate change goes beyond carbon neutrality. 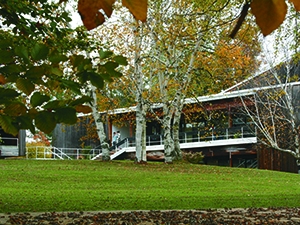 In 2012, Bennington College became a signatory of the American College and University Presidents Climate Commitment (ACUPCC), pledging to be carbon neutral by 2030. In fact, Bennington College President Mariko Silver serves as the vice-chair of the ACUPCC steering committee, leading the policy and future of higher education climate leadership commitments.

We are working tirelessly to make our own environmental impact reflect our values. Here are some examples of the projects that we have completed so far:

The Bennington student body is dedicated in maintaining momentum to keep sustainability a part of the campus consciousness. In many cases, students have been at the forefront of initiatives regarding energy efficiency, local food resiliency, and community engagement. As with all things as Bennington, students shape the way Bennington works, especially towards issues of sustainability.

CAPA and the Curriculum

Curriculum through CAPA has involved projects from bringing LED street lights to our neighboring community of North Bennington, to proposing a hydroelectric feasibility study to the Village Trustees of North Bennington. A class investigating the contamination of nearby groundwater with PFOA proved to be a learning experience for students, as well as a resource for the local community.

The Bennington Seed Library was founded by a group of students interested in saving seeds from vegetables and herbs as part of a CAPA tutorial, and has since become a public resource for the community. The project has two main goals: to create a public physical space and system to trade seeds among community members, and to empower community members through education and promotion of food sovereignty.

The student led farm has existed in many forms at the College, starting with students being required to work on the farm during food shortages in the mid 1900's. The small farm is less than an acre and has a hoophouse, a tractor, and we are starting construction of our first barn in 2016. All produce from the farm is sold on campus to students, faculty, and staff through the farm cart as well as the Dining Hall.

The Bennington Sustainable Food Project (BSFP), has ensured sustainability within Dining at Bennington, and is responsible for the operation of our on-campus farm. The mission of the BSFP is to encourage sustainability and foster food conscious culture within our community.

The Bennington Environmental Action Group has been involved in responsible investment, campus composting, and community organizing. Every term, it organizes a week long event themed around reducing energy use.

Center for the Advancement of Public Action

* According to the EPA, the average American family uses more than 300 gallons of water per day at home. Roughly 70 percent of this use occurs indoors.