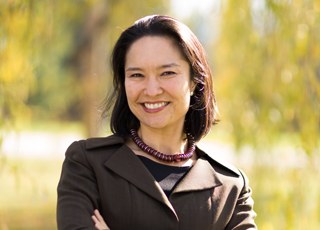 Dr. Mariko Silver served as President of Bennington College from July 2013 until July 2019. Dr. Silver previously served as a Senior Advisor to the president of Arizona State University, as Acting Assistant Secretary for International Affairs and Deputy Assistant Secretary for International Policy in the Department of Homeland Security in the Obama administration, as Policy Advisor to Arizona Governor Janet Napolitano, and at Columbia University. 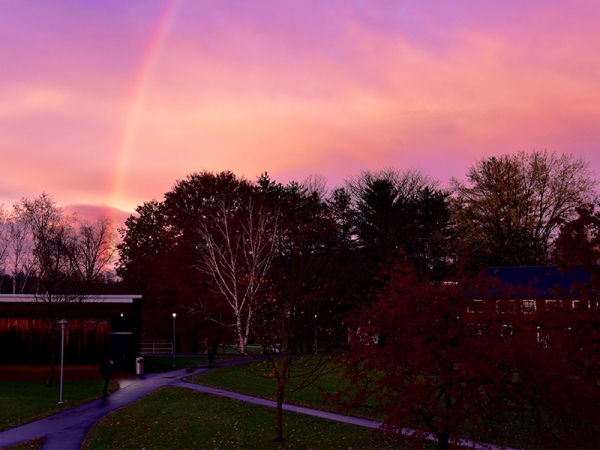 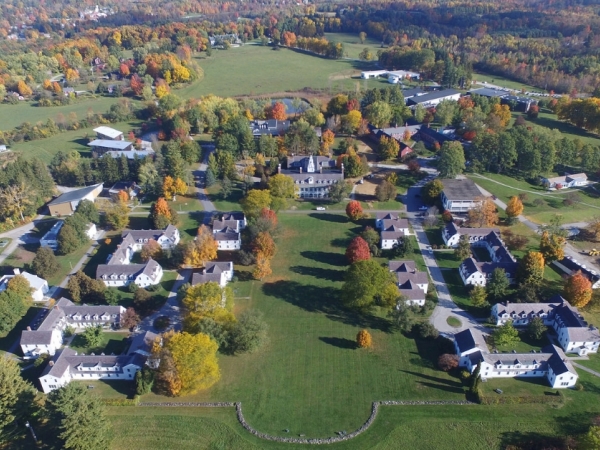 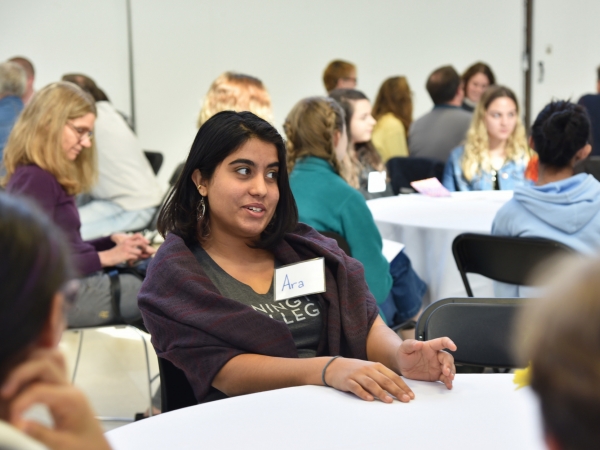 Entering The Workforce With No Connections? Make Some. 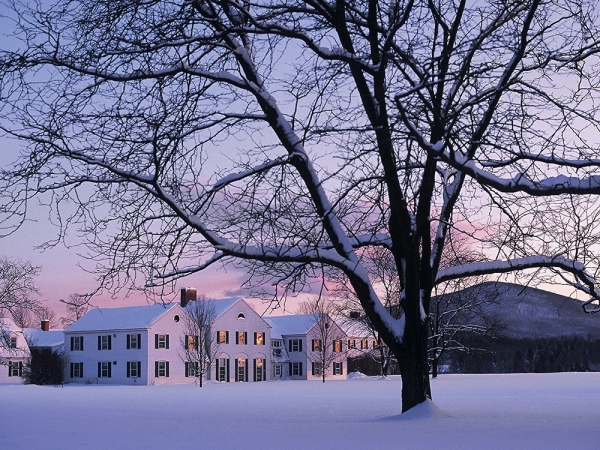 Making Change in the World (Winter 2018) 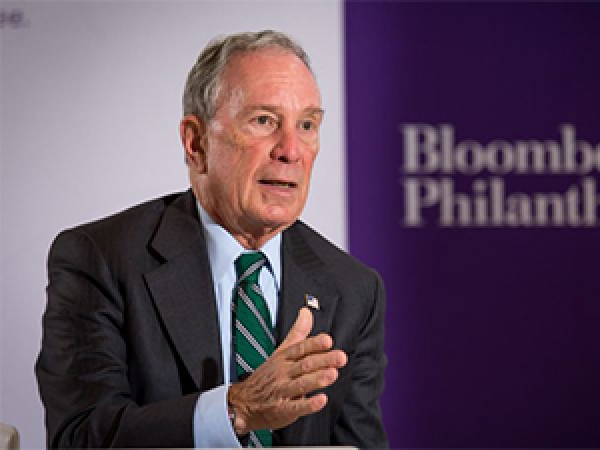 As president of Bennington College, Dr. Silver leads all operations of the college and has become a recognized thought leader across higher education. In 2014, Dr. Silver led the design of a 10-year strategic plan for the college which emphasizes the education and development of the whole student, integration of curricular and co-curricular experiences, and a redesign of Bennington's signature Field Work Term in which every student must pursue a seven-week internship or work experience every year of their undergraduate studies. Dr. Silver also designed and implemented a reorganization of the college's governance and management, including a new approach to fundraising and alumni engagement. This work is well underway with significant support from the Andrew W. Mellon Foundation, the Lumina Foundation, the Endeavor Foundation, and the Ford Foundation, among others. In the course of her tenure, Dr. Silver has significantly raised Bennington College's national and international profile, more than doubled the college's endowment, increased the applicant pool by over 25% with significant growth in international student enrollment and, in fall 2017, welcomed the largest, most academically qualified, and most diverse class in Bennington's history (21% international students, 26.5% U.S. students of color), while bringing a Bennington education within reach for a broader range of students (23% Pell Eligible).

Prior to Bennington, Silver served in the Obama administration as Acting Assistant Secretary for International Affairs and Deputy Assistant Secretary for International Policy of the U.S. Department of Homeland Security, where she led the DHS Office of International Affairs, providing analysis and support directly to the Secretary of Homeland Security and supporting the engagement of over 2000 department personnel deployed overseas. As Deputy Assistant Secretary, Silver conceptualized, initiated, and led the development and implementation of the first DHS strategic plan for international engagement. In both roles, Silver represented the United States Government, leading negotiations and collaborations with foreign governments and international organizations to build cooperative projects and programs to counter terrorism and enhance security, secure and manage borders, enforce and administer immigration laws, safeguard and secure cyberspace, and ensure resilience to disasters; her particular focus was on the Americas and Asia. Silver also played a key role in designing and implementing the Secretary of Homeland Security’s international aviation security initiative. She testified multiple times before the United States Congress on matters related to international affairs and border security.

Silver also served as Policy Advisor for Innovation, Higher Education, and Economic Development to Arizona Governor Janet Napolitano, where she oversaw the Arizona Department of Commerce and guided policy implementation at the Arizona Economic Resource Organization, Science Foundation Arizona, and the Arizona Board of Regents. She led policy development and implementation, and community outreach for the governor in areas related to science and technology, innovation policy, economic development and diversification, workforce development, tertiary education, and the creation of a continuum-oriented education system for the State of Arizona.

During nearly a decade at Arizona State University, Silver was a key strategist in what Newsweek called “one of the most radical redesigns in higher learning since the origins of the modern university.” She designed and led international and community initiatives focused on economic development, interdisciplinary science initiatives, and student success. In multiple roles reporting directly to President Michael Crow during ASU's critical phase of transformation and expansion, Silver designed and advanced key strategy setting initiatives in the following areas: economic development policy and metrics, science, technology and innovation policy, state K-12 and higher education policy, sustainability science, and global health. Sample projects include the development of Science Foundation Arizona, the Arizona Economic Resource Organization, and the Productivity Prosperity Project (P3). Additionally, Silver designed and led multiple long-term projects and programs housed at ASU including: the Arizona Indicators Project, Arizona's first unified online portal for data on communities, issues, and trends in Arizona; the International Institute for University Design, a collaboration led by ASU and the Ministry of Education of the People's Republic of China, bringing together university leaders from the United States, China, Australia, France, Germany, Ireland, Japan, Singapore, Vietnam, and the United Kingdom. Silver also initiated and implemented comprehensive research and teaching partnerships with universities and government ministries and agencies in China, Singapore, Vietnam, Australia, and Ireland. Silver built and managed project-based and long-term partnerships for ASU with the World Bank, USAID, the Asian Development Bank, and multiple corporate partners. Joint projects included a multi-government and multi-institutional public-private partnership to reform engineering education in Vietnam. Silver also held the position of a Professor of Practice in the School of Politics and Global Studies.

In the Office of the Executive Vice-Provost of Columbia University, Silver co-developed a multi-institution research response to the events of 9/11 and helped establish the International Innovation Initiative (I-3). She has also worked in London, UK; Bangkok, Thailand; and at the United Nations headquarters in New York City.

Dr. Silver is a fellow of the National Academy of Public Administration. She sits on the board of MASS MoCA, is serving a three-year term on the Commission on Institutions of Higher Education of the New England Association of Schools and Colleges (NEASC), and also serves on the Climate Leadership Steering Committee of Second Nature, an organization that works with colleges and universities to help make the principles of sustainability fundamental to every aspect of higher education. She is a member of the advisory committee for the New England Foundation for the Arts, a board member for the Annapolis Group of Liberal Arts Colleges, a member of the executive committee for the Vermont Association of Independent Colleges, a member of the international advisory board for Sichuan University (Chengdu, China), a member of the Southern Vermont Economic Development Zone Task Force, and a member of the Council on Foreign Relations. She has in the past served on the boards of the Humanity in Action Foundation, Planned Parenthood of Arizona, and the Arizona Commission on the Arts. She has also served as a member of the American Association of Geographers and a member of the 2015 Council on Foreign Relations Independent Task Force on the Future of U.S.-India Relations.

Silver is married to musician Thom Loubet and is the mother of two children.

State of the College

All News and Features

For media and interview requests:
802-440-4399
mediarelations@bennington.edu

[2016] “The Feminism of the Everyday” in Women in the Academy: Learning from our Diverse Career Pathways, ed. Nichola D. Gutgold and Angela R. Linse (Landham, MD: Rowman and Littlefield, 2016), Chapter 8.