How can food capture what makes a community distinctive? As a graduating senior studying Visual Arts, Public Action, and Dance, Isabella Poulos ’18 has devoted her time at Bennington to studying the intersection of food, art, and community. 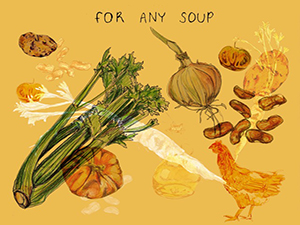 Though Poulos had long spent her time at Bennington exploring these subjects independently, she found her connection between the three during her junior year FWT, while interning at felting artist Claudy Jongstra’s studio in the Netherlands.

“Claudy’s work is community based. Everyone has something that can be brought together to create a felted piece that can then be sold or displayed. Food is also part of that relationship: she lives and works on a farm, and that sustains her practice,” Poulos said.

Inspired by Jongstra, Poulos returned to Bennington with a newfound recognition of the influence food had on both her artwork and her research on community.

“I love Michael Pollan’s books,” Poulos said of the ’76 alum. “And this summer, I read a lot about bread history and the cultural significance it has to different people.”

As a culmination to Bennington’s Plan process, graduating students spend their last year preparing Senior Works, which explore how their studies relate to others’ and express how a deepened understanding of their subjects or crafts might matter to the rest of the world.

Last spring, Poulos decided to make a community cookbook for her Senior Work, rooting the project in this specific time and place.

“I wanted to really learn about Bennington’s community before I left it,” Poulos said.

From Farm to Community

Poulos has worked with True Love Farm since her first term at Bennington, and Karen Trubitt, who runs the farm with her husband, Steven, became an invaluable mentor. During the spring of her junior year, Poulos volunteered once a week at the farm, and at the end of each session, Trubitt gave Poulos an ingredient from the farm to take back and use in a dish. “That started me on this documentation of recipe as documenting a place,” Poulos said.

When I was collecting for the cookbook, I also asked people for a little anecdote or memory attached to their recipe.

Since then, Poulos’s project has expanded to include not only the cookbook itself, but also ceramic pieces specific to each recipe. Once complete, Poulos will return the ceramic pieces to her contributors, who are then invited to use the pieces to cook their specific dishes for a community potluck in May.

In preparation for this event, Poulos used her final FWT at Santa Fe Art Institute (SFAI) in Santa Fe, New Mexico, to illustrate her cookbook’s artwork. She credited her time SFAI with her ability to get “into the right mindset” to prepare for her last term at Bennington and the world beyond.

The residency program at SFAI brings in artists from all disciplines and across the world to focus on an annual theme; this year’s is equal justice. In addition to her internship tasks, Poulos had the opportunity to live and work with the residents, who spanned a range of ages and experiences—from young poets and musicians to an 85-year-old Saskatchewan documentary filmmaker who was writing her memoirs—and was treated as an artist-in-resident herself.

SFAI gave Poulos studio space in which to work on her cookbook, and she was also invited to present it as part of a solo show.

To Poulos, though, the most exciting part of her SFAI experience was getting to meet and learn from the other artists. The Institute’s open gallery and studio spaces, she said, gave her the chance to watch how others worked, ask questions, and learn from them.

“I’m so glad I had the time during FWT to work on my own project because term now feels like a continuation,” Poulos said. “SFAI also gave me the time to step away from Bennington and view how my work fits into a different context. While I was there, I also had the time to apply to The International Youth Initiative Program (YIP) in Sweden, which would continue my Plan process in a different setting.”

After she graduates from Bennington in June, Poulos hopes to be accepted into YIP and explore local food and community in an international setting. In the future, she aims to open her own co-op.

Reflecting on her time at Bennington, Poulos is grateful for the chance to illuminate her artwork with her interdisciplinary studies. She first heard about Bennington through Patricia Fredrick, one of her teachers at Pius XI High School, whose niece had been a dancer here.

"After looking into Bennington, I started thinking about how varying my work was,” Poulos said. “I really enjoy reading and researching and being able to think broadly, and I didn’t want to be focused in only visual work when other components were also important to my practice."

For a tour, she made the trek to Bennington from her home in Milwaukee, WI, with her best friend Clara and her sister. Poulos fell in love with the campus but wasn’t sure if she could afford to come.

“Bennington gave me a tuition scholarship, which definitely helped everything fall into place,” Poulos said. “It’s been a ride, being here.” 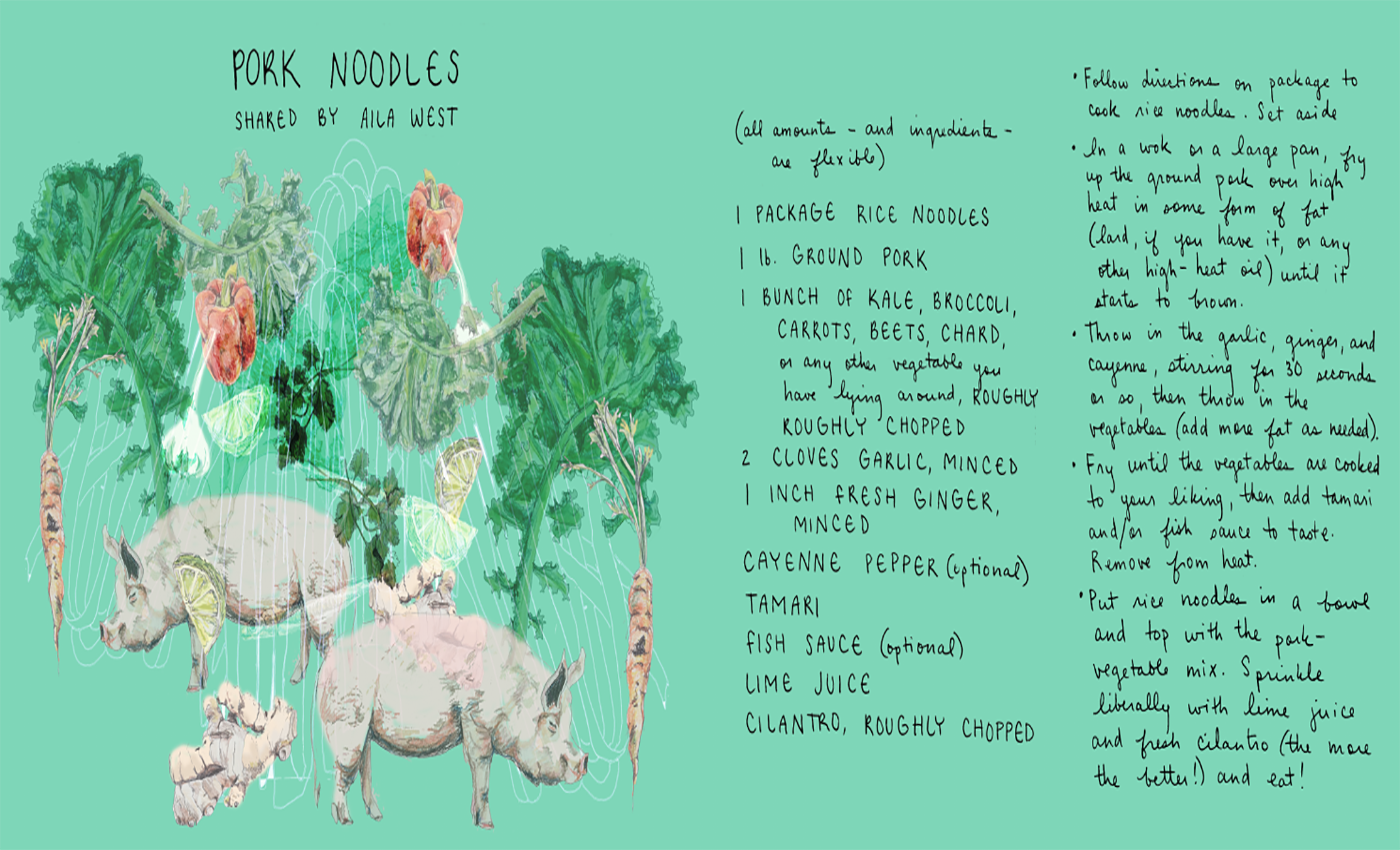 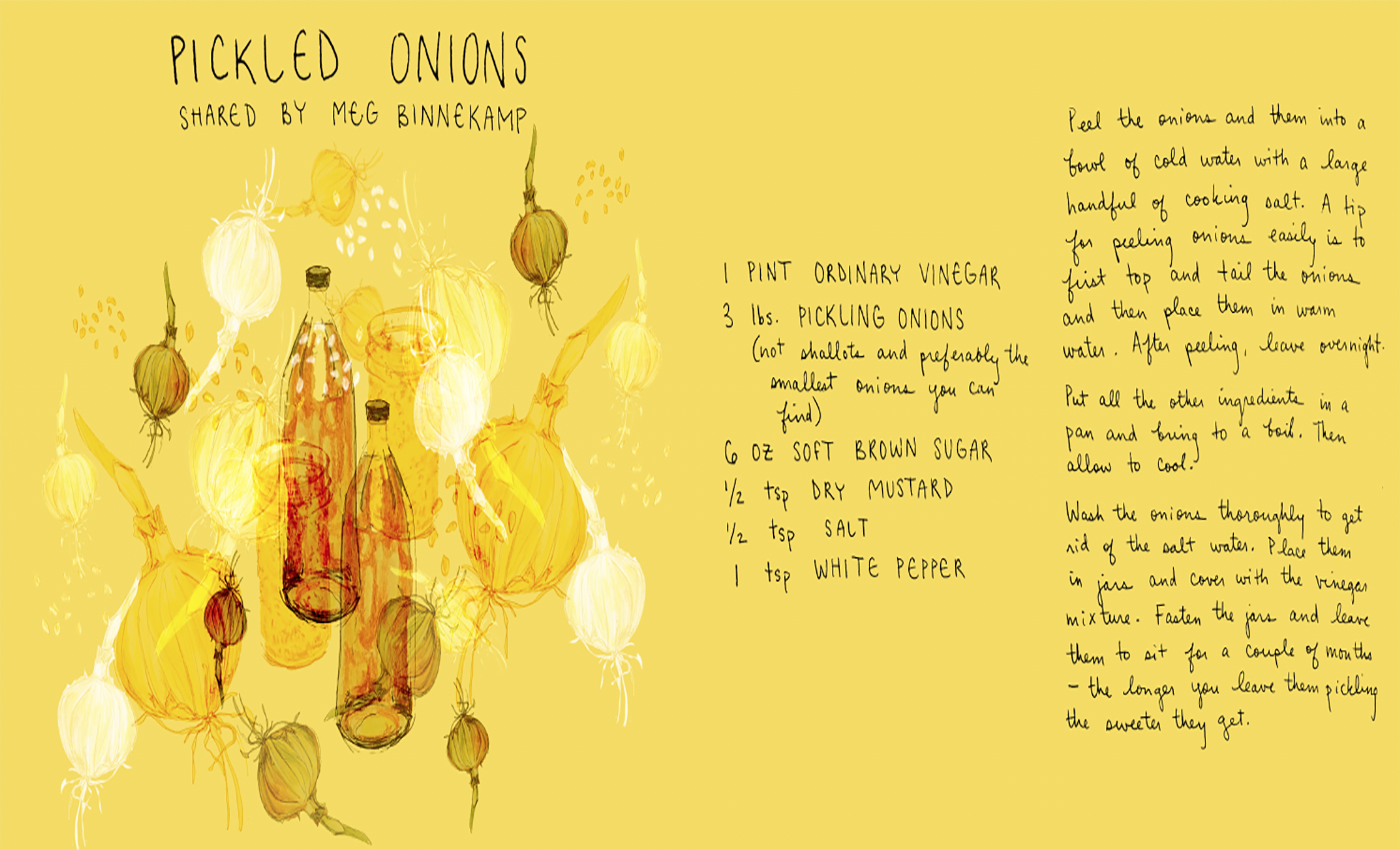 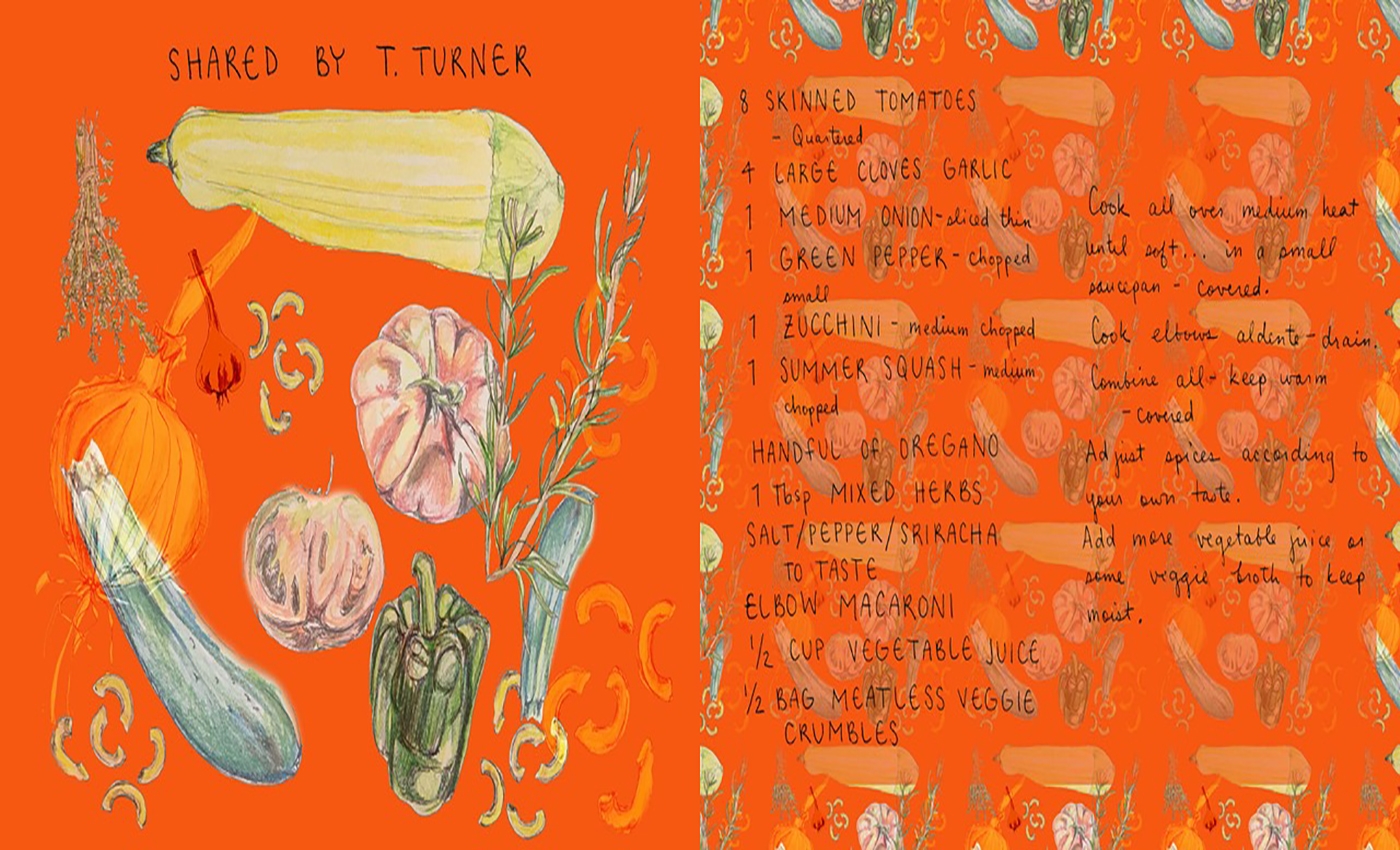 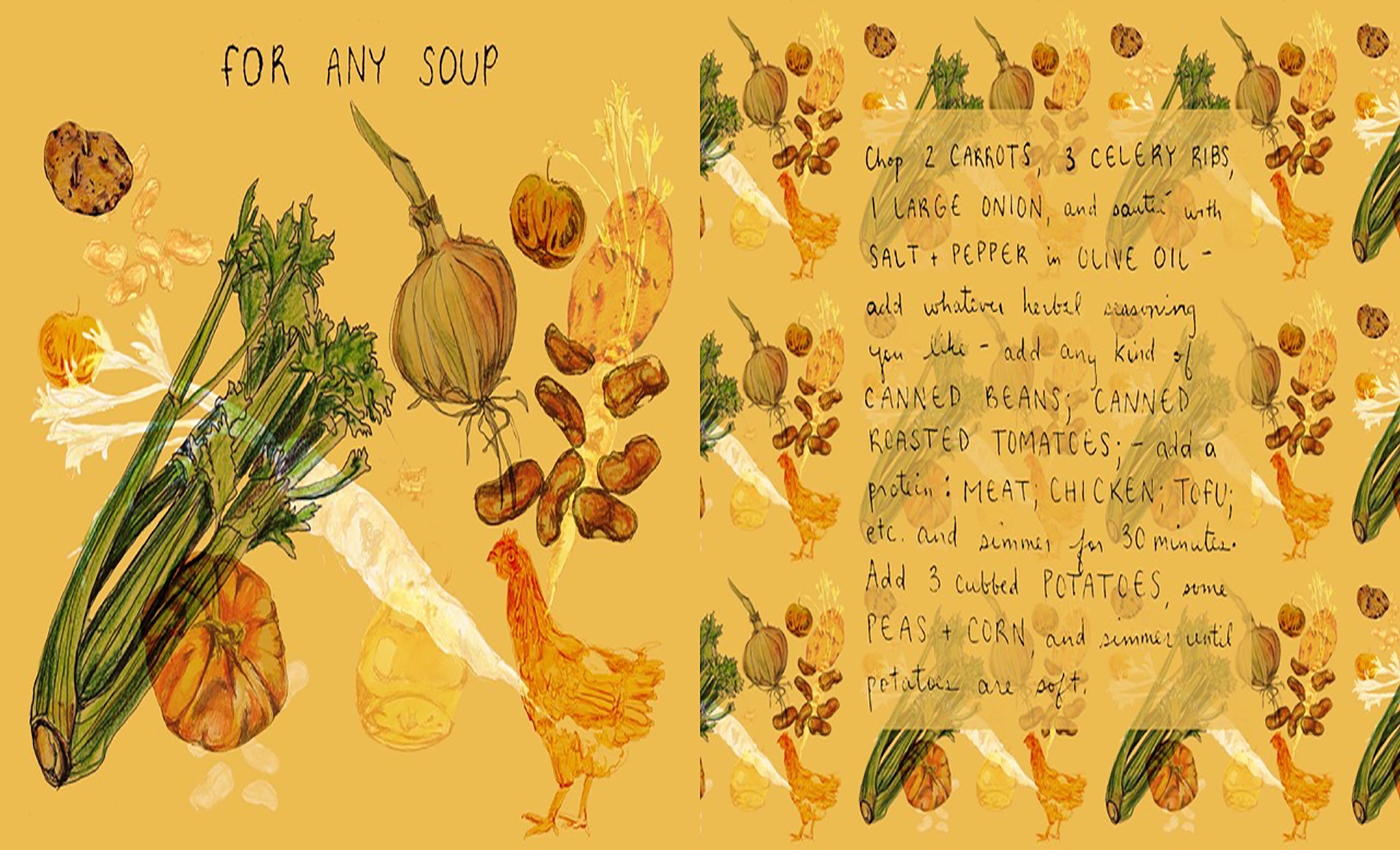 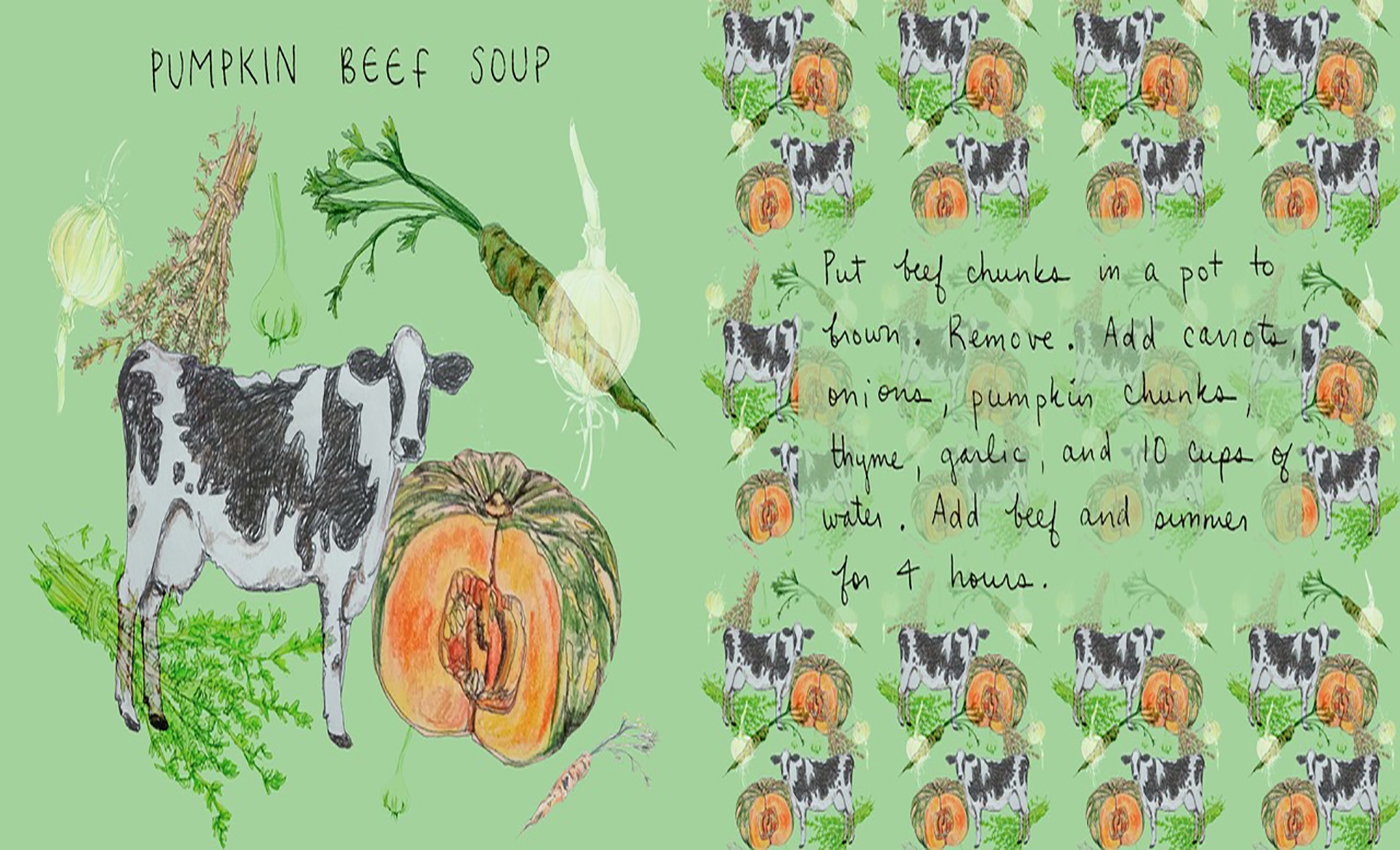