Power and Identity in Terminal 3

"The next passenger should be coming in for secondary screening any moment now. You know the drill. Don’t take too long.” 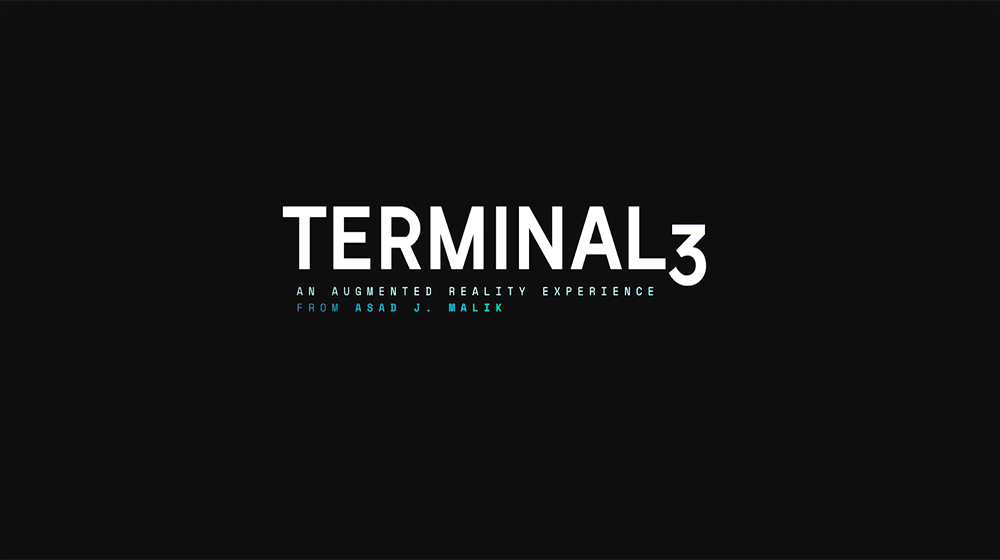 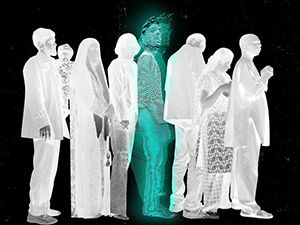 When viewers put on the HoloLens, a pair of smartglasses that merges real and virtual realities, and step into installation room of Terminal 3, they find themselves in an airport screening room and assume the role of a security officer. Facing them is a hologram passenger selected for interrogation. At the end, participants will decide whether or not the hologram may enter the United States.

Terminal 3, created by Asad Malik ’19 of 1RIC Studio with key collaboration from Bryn Mooser ’01 of RYOT, is an augmented reality (AR) experience.

Terminal 3 has been chosen as part of Tribeca Film Festival’s Storyscapes lineup, running April 20-28. Working with Malik, a team of Bennington students, including Story Editor Viva Wittman ’18, Director of Depth Musa Ghaznavi ’20, and Director of Sound Jack Gerrard ’18, have been integral to this project.

Terminal 3 was inspired by an unpleasant screening Malik had in an airport while on his way to Bennington. Since September 2017, Malik, Wittman, and Gerrard have worked on the project, which started as an exploration of the experiences millennial college students had when they left their home countries and arrived at Bennington for the first time.

Initially, the group conducted interviews and filmed on a single camera at Malik’s studio in VAPA. About three months into the project, Ghaznavi joined the team. With his help, the group started shooting interviews on two cameras, respectively calibrated for color and depth, which resulted in higher-quality footage.

Over Field Work Term (FWT), the Terminal 3 team traveled to RYOT’s studio in Los Angeles, where they had access to a soundproof space and green screen. While working there, the focus of the project began to broaden to include a wider demographic of people.

We didn’t want to make the project just about Bennington students. It isn’t just about us, it’s a bigger problem.

Though the group’s interview with Zubair Siddiqui ’20, a Pakistani student who transferred to Bennington, is included in the final cut, the Tribeca simulation is otherwise comprised of interviews conducted during FWT in Los Angeles and during this term in New York City.

As Story Editor, Wittman reached out to dozens of mosques, organizations, and individuals across Los Angeles to find the cast of Terminal 3. From there, she and Philipp Schaeffer, who works with Malik at 1RIC, conducted nine interviews, which included devout Muslims with varying social and religious perspectives, as well as people who are perceived as Muslim but are not religious.

The simulation’s story follows a branching narrative, so while the beginning and end points are fixed, the middle of it can take multiple paths, depending on the viewer’s responses.

Wittman studies Acting and Dance at Bennington and also writes poetry and plays. However, the complexity of Terminal 3’s narrative structure was a new challenge for her.

“The branching narrative can’t be edited like a movie: it doesn’t just cut and go to the next clip,” Wittman said. “It has to follow naturally, like a person is actually speaking or answering questions. The process definitely got easier, but even though all the elements of storytelling seemed to fit, I wound up working in a way I’d never imagined.”

From its early stages as a Bennington-centric project to its complete Tribeca-ready form, the creation of Terminal 3, Wittman, Ghaznavi, and Gerrard all agree, has been swift.

“At this point, there isn’t a developed process for AR projects, so we all wear many hats” Gerrard said. “Unlike film, which has an established workflow, we’ve had to create our own.”

In addition to bringing their areas of expertise to the project, everyone on the Terminal 3 team has learned new skills for their job. For Gerrard, in addition to sound engineering, his work has also included coding using Unity and C Sharp softwares.

“Terminal 3 has pretty much directly fed into my Plan,” Gerrard, who studies Computer Science and Music, said. “It was really funny because I kept wondering how I’d make those two ends meet. But then Asad offered me this job doing computer science and music! I wouldn’t be able to do any of this if I hadn’t already been studying at Bennington for three years.”

As the group found a process that worked for them—starting with Wittman’s interviews, moving through Ghaznavi and Gerrard’s film and sound editing, and ending with Malik’s AR coding—their turnover time shrunk from creating one hologram per month to two per week.

When Terminal 3 was accepted into Tribeca, Malik, who was attending Sundance Film Festival at the time, called Wittman, Gerrard, and Ghaznavi to share the news. After its Tribeca world premiere, the project’s creators hope that it will tour other festivals and museums.

Ghaznavi, who studies Visual Art and Drama and whose Plan focuses around reimagining Muslim identity in a positive light, is also eager to find ways to bring Terminal 3 to a wider audience.

“Terminal 3 is a 10-minute experience per person,” Ghaznavi said. “But I wish it could be something everyone could experience.”

Ghaznavi said that the simulation in its current form, while “eye opening,” is still accessible only to people who voluntarily attend the festivals and museums featuring the project. However, the simulation’s challenging message—which comes in the form of a twist ending—is widely relevant.

Wittman agreed that the most interesting part of the experience is also the most uncomfortable.

“As the viewer, you’re forcibly put into a position of power, and depending on who you are, that can have different results,” Wittman said. “It becomes a much more personal experience than just reading about people’s lives.”