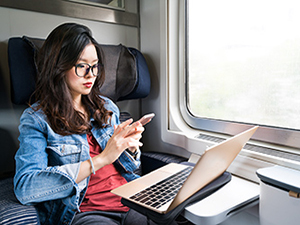 “Trainline is a startup tech company that sells train tickets through an app and uses technology to make transport easier,” Huth said. “I thought it would be cool to check out, but I didn’t expect to like it as much as I did.”

At Bennington, Huth studies Creative Writing, Conflict Mediation, and Public Action. Her internship at Trainline focused on digital marketing, which taught her about social media targeting, SEO, and data research.

To her surprise, her creative writing and problem solving abilities often came in handy for these tasks. She developed model Facebook profiles for Trainline’s target ticket buyers, describing these customers and advising how they could best be reached through advertisements and social media.

“I didn’t think this would be a creative job, but I was surprised by how much Trainline encouraged it,” Huth said. “They didn’t just want me to do what they were telling me to do. They also wanted my input and to learn from me as much as I learned from them.”

One of her proudest moments during FWT occurred when Huth participated in the company’s marketing retreat. She worked alongside senior team members to create more sample Facebook profiles and at the end of the day, she got to present the work to the full group.

"I wasn’t treated as ‘just the intern,'" Huth said. "There were a lot of people there, and everyone was interested in what I had to say. It felt good that my work was something they were going to use with other people."

Prior to this FWT, most of Huth’s work experience had been in journalism. Though she expected journalism to align closely with her creative skill set, she often found herself frustrated with her experiences.

“I spent my first FWT at an Iranian newspaper in London called KAYHAN,” Huth said. “That was a job that I considered creative, but I didn’t have much ability to use my creativity because it was other people’s ideas that I was writing about.”

After her last FWT, Huth found that she didn’t want to continue writing. Her experience at Trainline, however, renewed her love of the craft.

Before this FWT, I considered journalism inherently more creative than using data and marketing, but I was shocked at how I was wrong about that.

Inspired, she decided to enroll in the Digital Frost course this term, taught by Director of Special Programs Megan Mayhew-Bergman. This class works with the Robert Frost Stone House in Shaftsbury, which was gifted to the College in December 2017, and aims to use social media to improve Frost House’s online presence. In the future, Huth is interested in taking more marketing classes and exploring it through further FWT experiences.

“In the future, I definitely want to be an author and write, but my Plan is also in conflict mediation, so I’d like to use my writing as a way to mediate conflict,” Huth said. “A background in marketing and social media will help me understand how to reach people correctly and through the appropriate means.”

Huth also mentioned that marketing is a way to be creative even while working in a more traditional job environment.

As an example of this creativity, Huth described a rap she got to help write for the English rapper Big Shaq, who partnered with Trainline for an advertisement.

Trainline has a feature that allows users to order tickets and ask questions by voice through Google Assistant. As an added bonus, the company’s app will reply in an interactive rap. 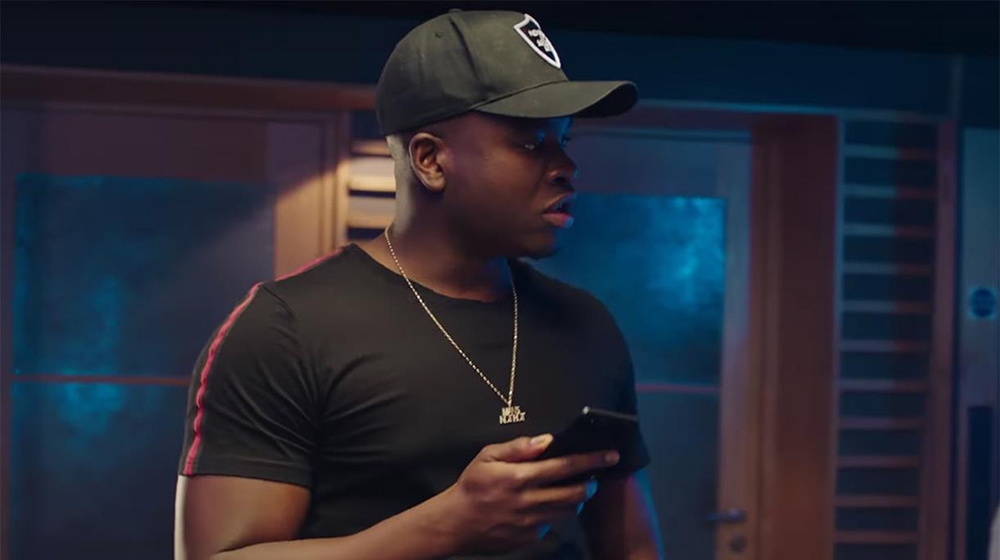