When students in Richard MacPike’s Resisting the Stitch unwrapped the silk scarves they had dyed using arashi and itajime techniques, they were surprised by the results they found.

Arashi and itajime are both forms of shibori, Japanese manual resist dyeing, in which fabrics are bound in specific ways to “resist,” or prevent, dyes from penetrating the entire fabric, which creates patterns through the process.

Arashi, which translates to “storm,” is a pole-wrapping technique that creates chopped, slanting lines reminiscent of rainfall. Students practiced arashi by wrapping the scarves around a PVC pipe, scrunching the fabric down, and submerging it into the dye.

However, the necessary equation of water, dye, and fiber can be tricky to balance.

“Fiber reactive dyes react with water, literally dyeing the water, and whatever is dyeing the water isn’t dyeing the fabric,” MacPike said. “The resulting depth of shade is a weight proportion between the amount of dye compared to the amount of fiber. But water affects the time it takes to dye something. You want as little water as possible, so the fabric can dye quickly, but if you don’t have enough water, you might get splotches you don’t want.”

To practice itajime, a pressing technique, students folded their scarves into either squares or triangles and clamped the fabric between sets of acrylic sticks before dyeing. As with the students’ first pass at arashi, results varied.

“While you can weigh the fiber beforehand, by the time you’re done clamping, the fiber-to-dye proportion has totally changed,” MacPike said. “It usually comes out darker than expected. That’s why we’re calling this show Beginner’s Luck, because on some level, you don’t have control over how it turns out.”

The serendipitous results, however, do give students ample opportunity to experiment and play.

Zoe Ilic ’21 folded her itajime scarf as an accordion, flipping it around in the dye several times. After dyeing her scarf, she cut it up, reoriented the pieces, and stitched the repatterned work back together.

“The scarf stays in the vat for an hour per each color, so there’s only so much flipping you can do,” Ilic said. “It’s a time-intensive process, so no matter what comes out, you’re appreciative of what happened.”

Though this is the students’ first time learning these dyeing techniques, the influences will carry over into their projects for other classes.

“I study history and costume design, so this was a class I’ve always wanted to take,” Atalya Boytner ’18 said. “Not because I specifically study art in this format, but because it adds to the work I already do. Having the facilities and having these techniques in the back of your mind makes you want to incorporate them.”

“We wind up dyeing costume pieces for theater or dance,” MacPike said. “We’ll either try to get something a special color, or it’ll simply work out. The dyes can also be put into a print paste and painted onto fabric, too, which is a process we did with the fairy costumes for A Midsummer Night’s Dream a few years ago.”

Arashi and itajime are just two of the ten dye techniques sampled in Resisting the Stitch. For their final project, students will design a scarf using at least three colors and two stitch techniques.

MacPike, who last taught this course in 2014, enjoys taking students through the dye process, which he describes as both “calculated and magical.”

“There is math involved, as well as a scientific aspect that’s interesting,” MacPike said. “Yet there's also a magic bit of figuring out what the colors will be. I always enjoy how it winds up, and it’s intriguing to see what the students do. Unwrapping the final results is great and kind of fun.”

The Resisting the Stitch exhibition Beginner’s Luck is on view in Barn East Gallery through April 24. 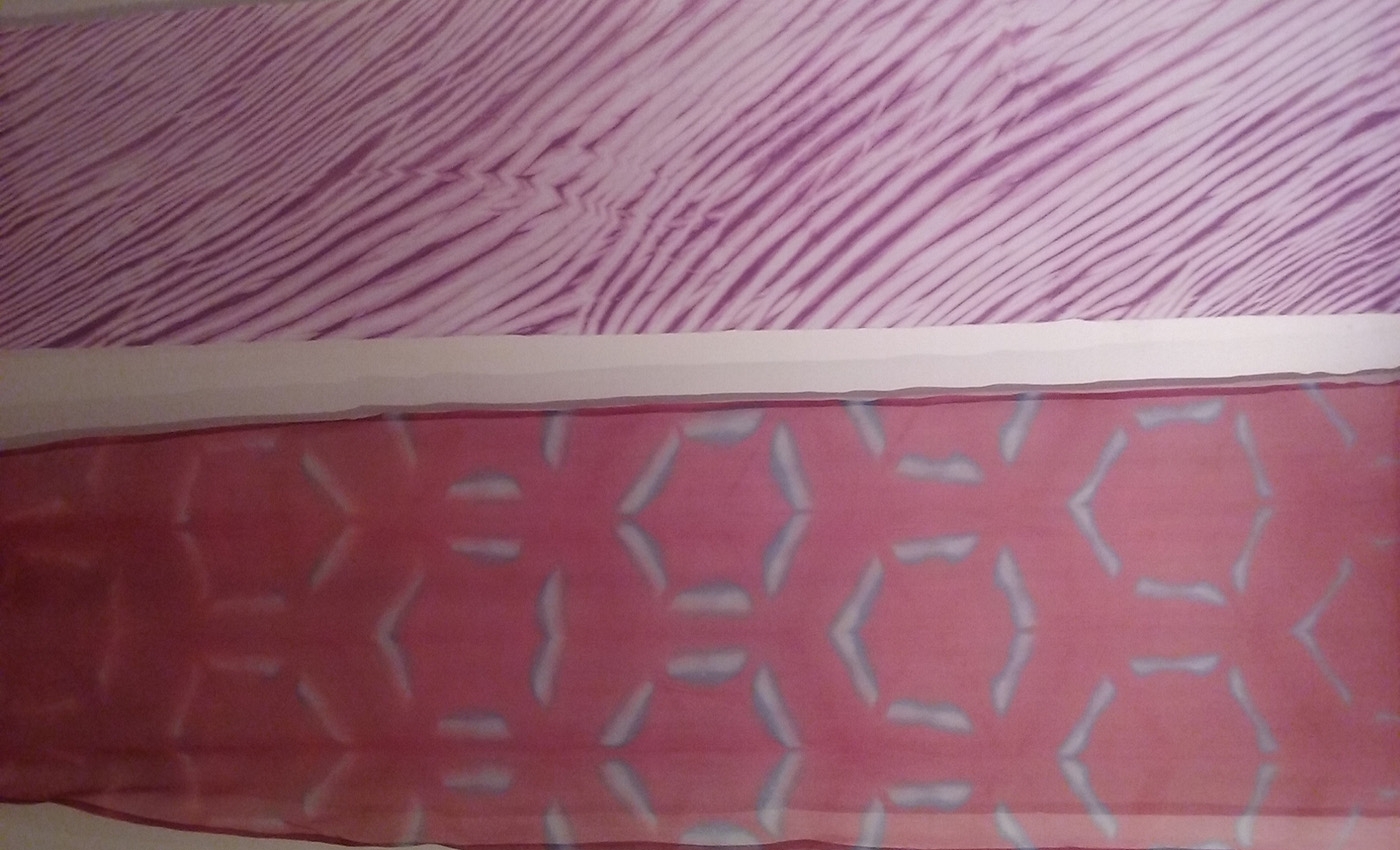 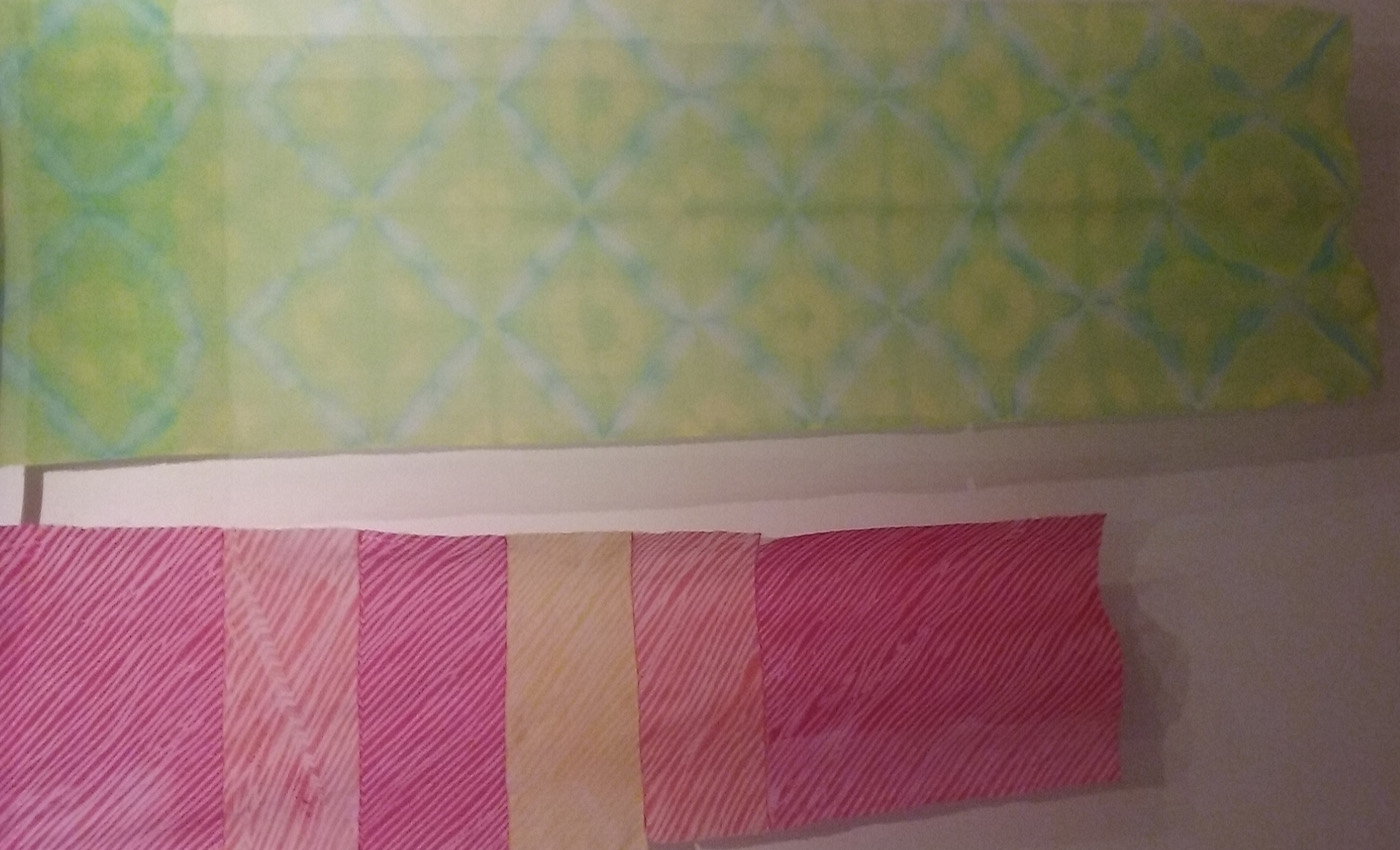 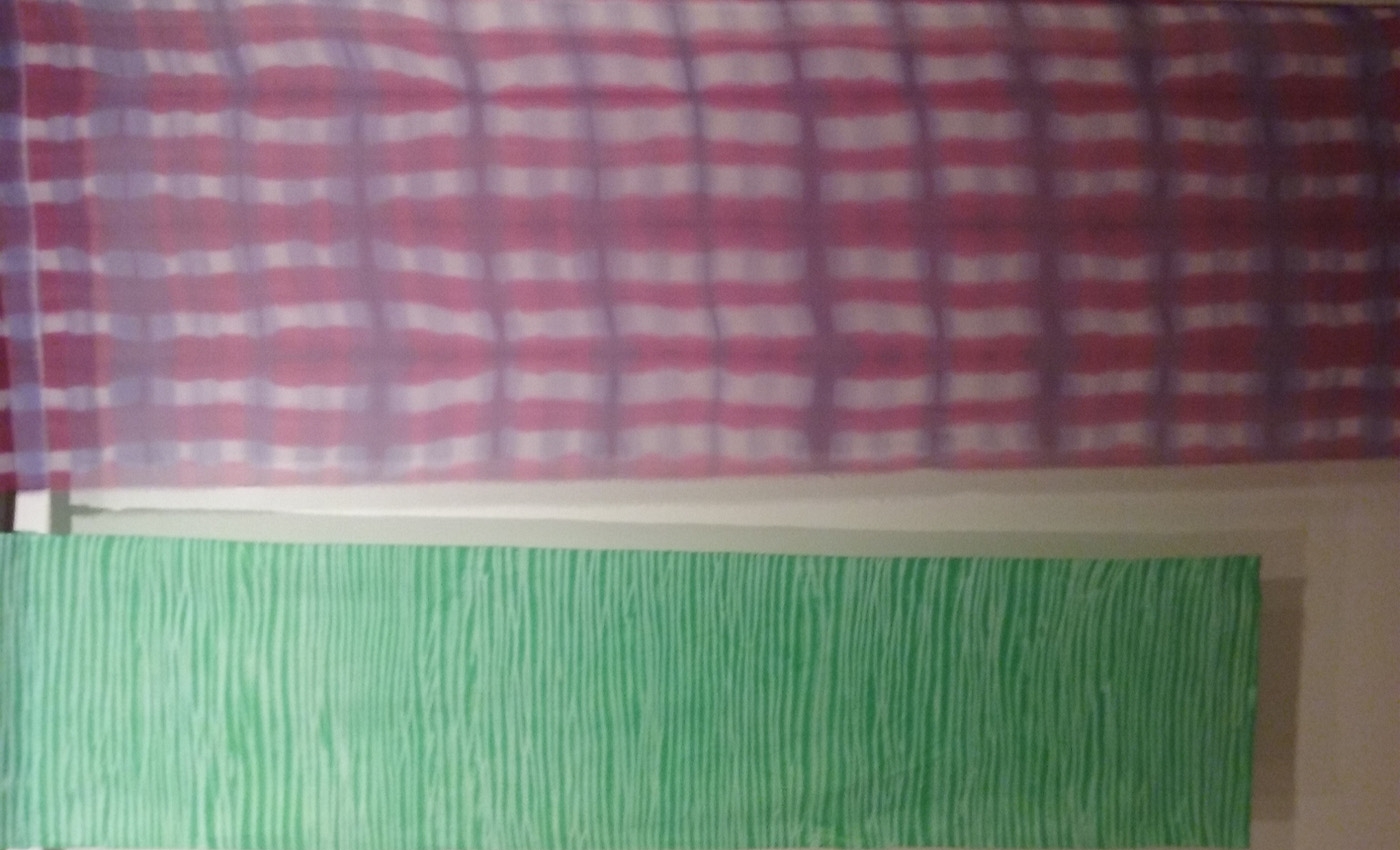 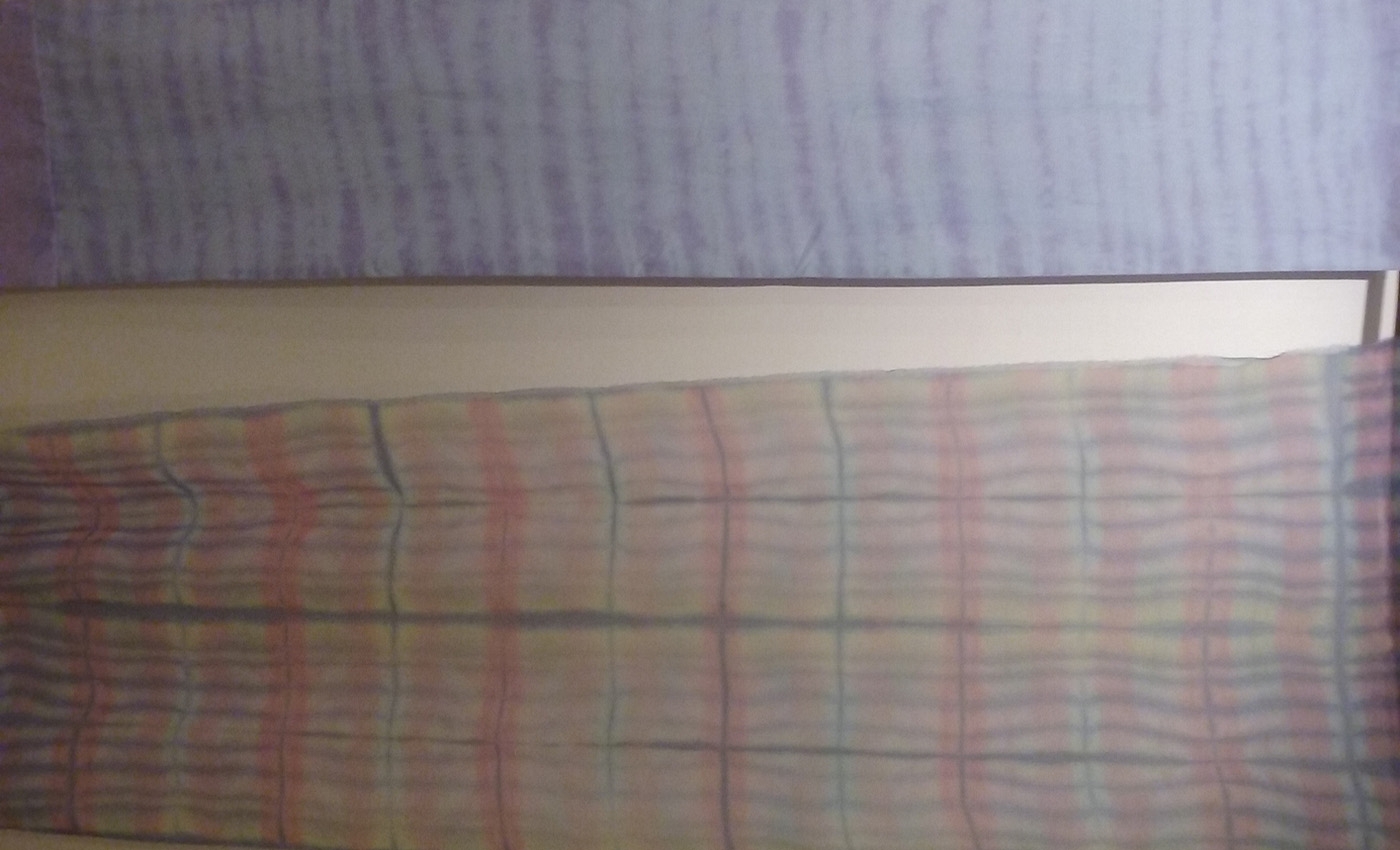 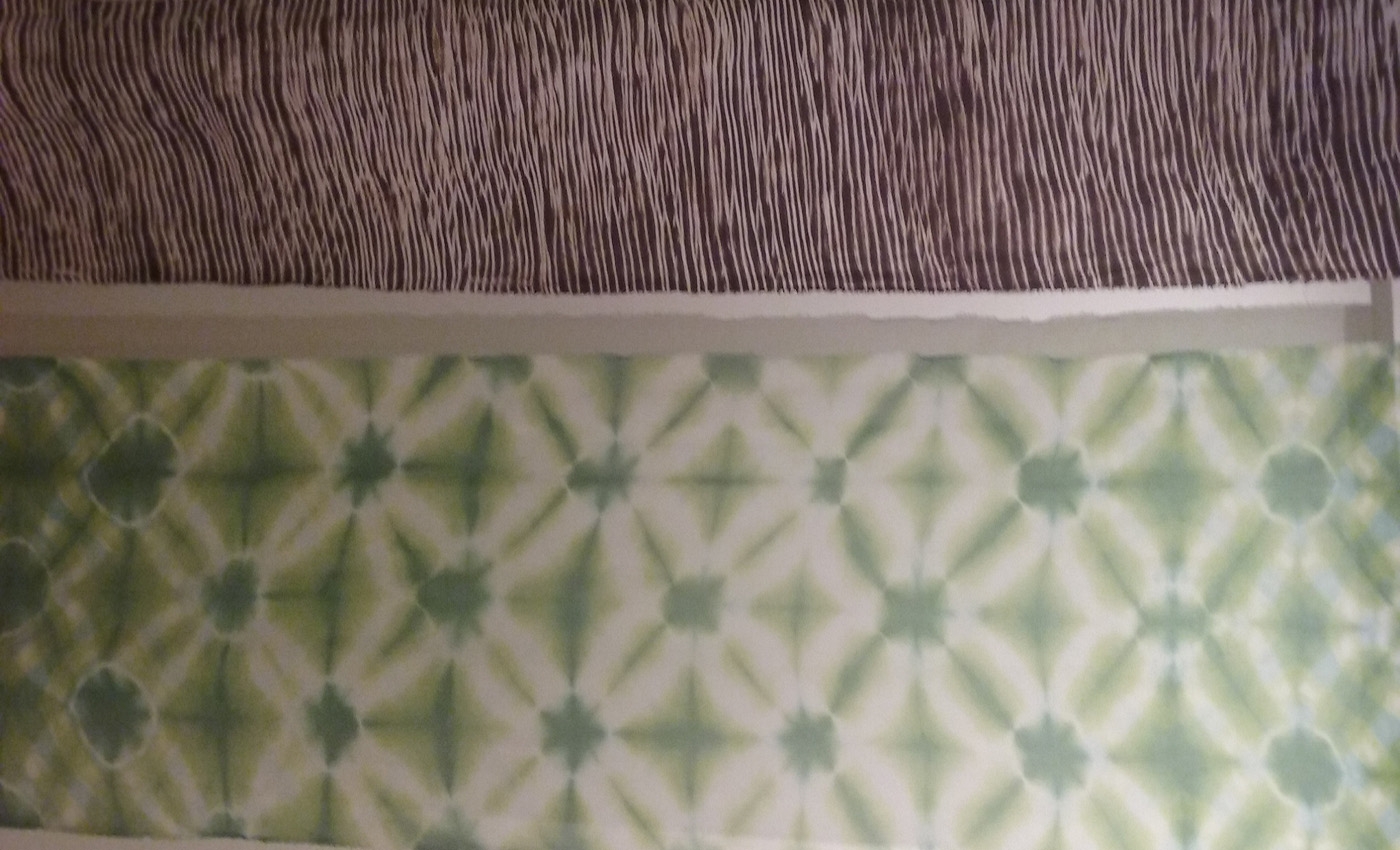 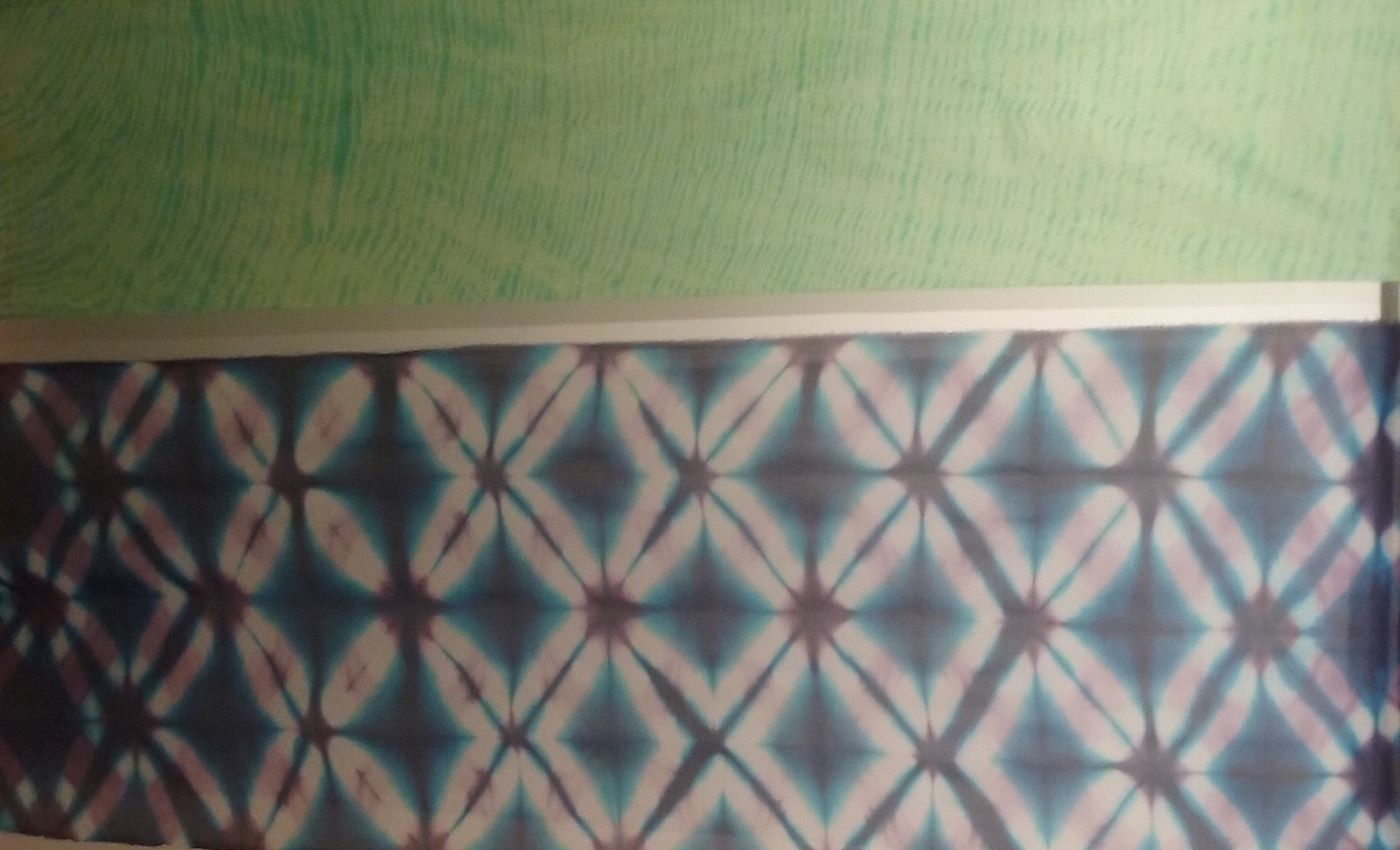 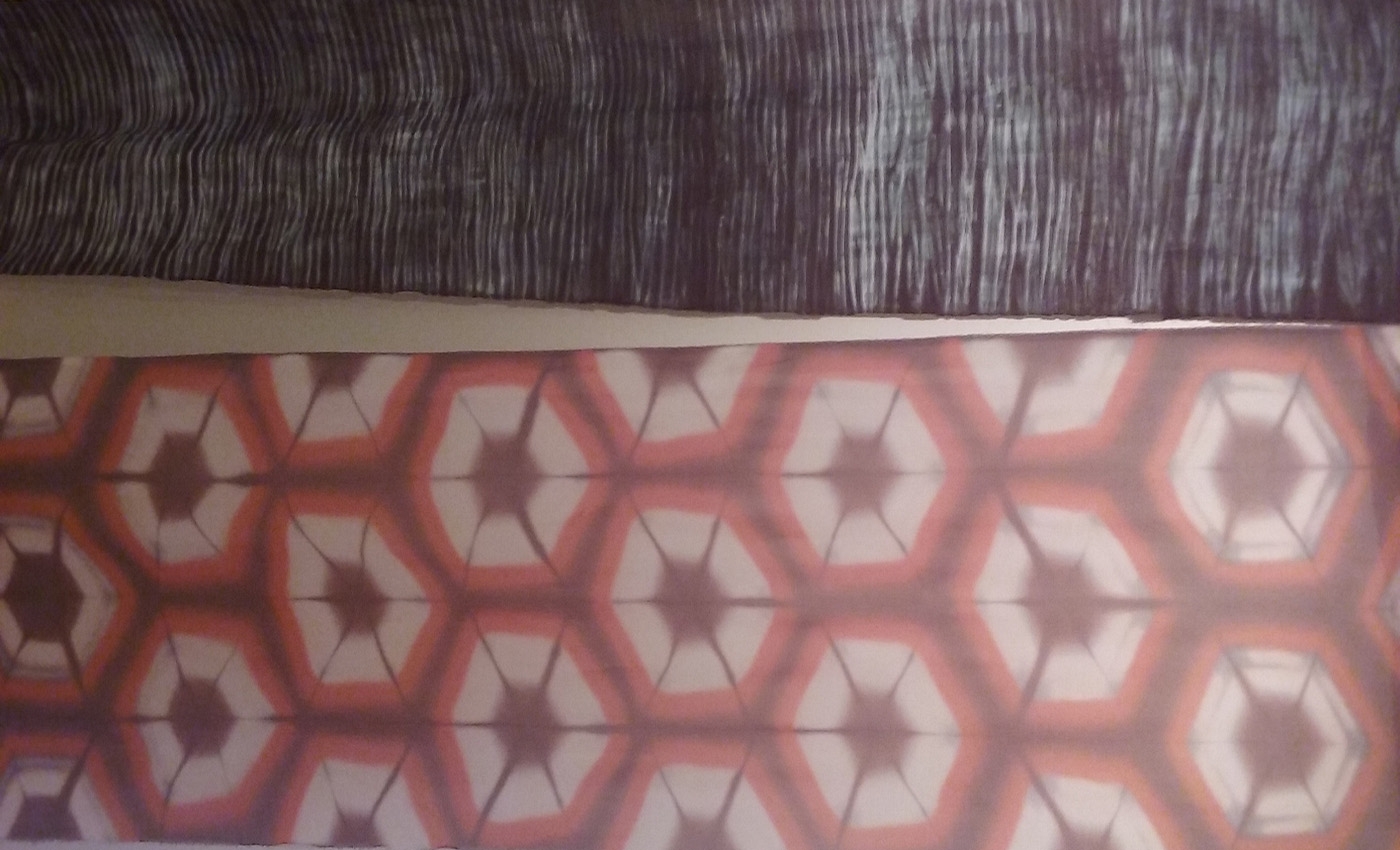 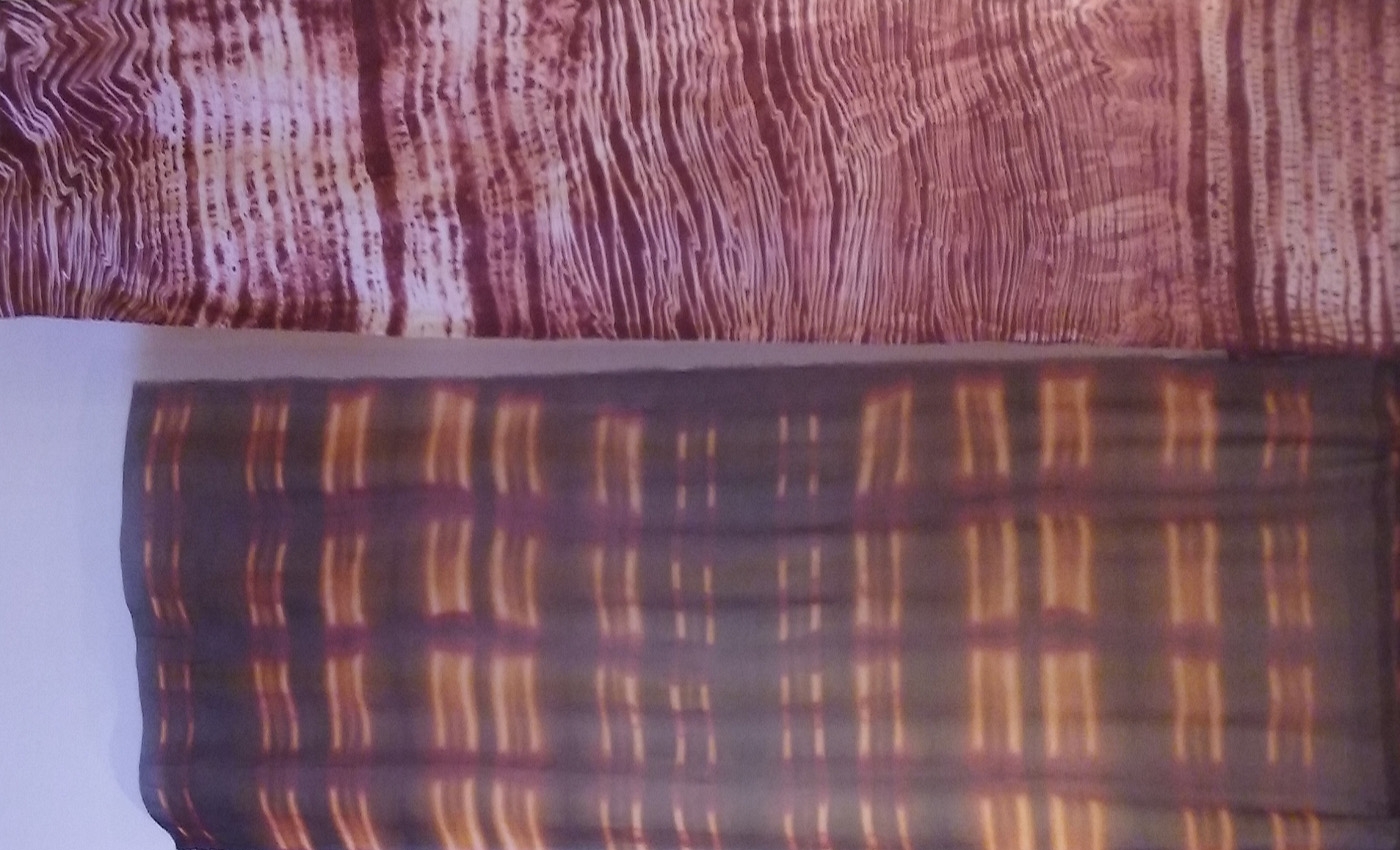 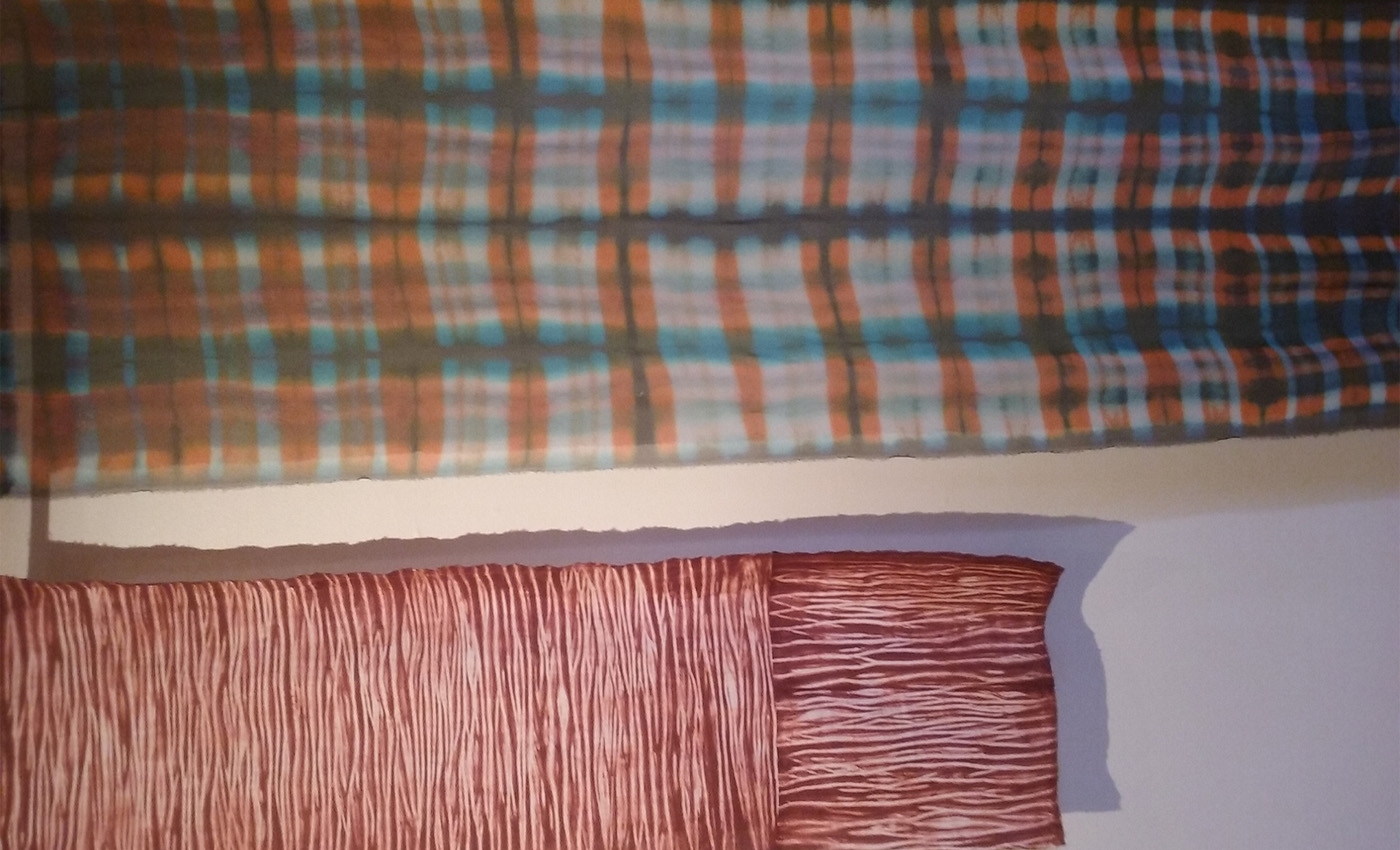