Alcohol, Tobacco, and Other Drugs

Having more knowledge around substances informs the decisions that you make. If you have questions or concerns around any substance, including alcohol and tobacco do not hesitate to contact us for assistance. 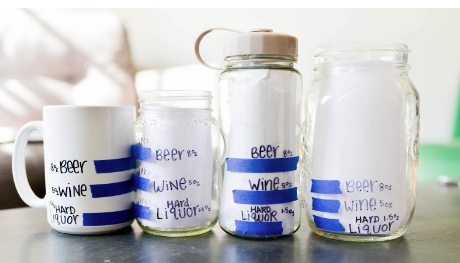 Strategies to Reduce the Risk of High Risk Alcohol Use

If you are concerned that someone may be experiencing alcohol poisoning please contact Campus Safety IMMEDIATELY at SOS or Ext. 767 from a campus phone or dial (802) 447-4250.

Please remember that Bennington College has an alcohol leniency policy. Sometimes, individuals are reluctant to come forward to report students in need out of fear that they, the reporter, may be charged with violations of Student Conduct standards (for example, the reporter is also drinking underage). Safety is of paramount importance to the College and our community. It is imperative that excessive consumption is reported, and medical assistance given. Therefore, in order to facilitate reporting, the College may choose to not charge students who report violations of this policy with violations of Student Conduct standards.

Short term consequence of use may include:

Long term consequences of use may include:

Information below includes alternate names, descriptions, possible short term effects, and possible long term effects of each drug listed. This is by no means an exhaustive list of drugs, but includes the most commonly abused drugs.

Description: Addictive stimulant made from the leaves of the coca plant. Can be snorted, injected or smoked.

Description: A depressant approved for use in the treatment of narcolepsy, a disorder that causes daytime "sleep attacks." Typically taken as a pill.

Description: An opioid drug made from morphine, a natural substance extracted from the seed pod of various opium poppy plants. Can be smoked, snorted or injected.

Description: A dissociative drug used as an anesthetic in veterinary practice. Dissociative drugs are hallucinogens that cause the user to feel detached from reality. Can be be smoked (as a powder added to tobacco cigarettes or marijuana cigarettes), snorted, injected, or swallowed.

Description: Marijuana is made from the hemp plant, Cannabis sativa.The main psychoactive (mind-altering) chemical in marijuana is delta-9-tetrahydrocannabinol, or THC. Can be smoked or ingested.

Description: A synthetic, psychoactive drug that has similarities to both the stimulant amphetamine and the hallucinogen mescaline. MDMA is an abbreviation of the scientific name 3,4-methylenedioxy-methamphetamine. Can be swallowed or snorted.

Description: Pain relievers with an origin similar to that of heroin. Opioids can cause euphoria and are often used non-medically, leading to overdose deaths. Can be swallowed, snorted or injected.

Description: Medications that slow brain activity, which makes them useful for treating anxiety and sleep problems. Can be swallowed, snorted or injected.

Description: A hallucinogen manufactured from lysergic acid, which is found in ergot, a fungus that grows on rye and other grains. LSD is an abbreviation of the scientific name lysergic acid diethylamide. Can be swallowed or absorbed through the skin.

Description: A hallucinogen in certain types of mushrooms that grow in parts of South America, Mexico, and the United States. Swallowed/ingested.

Description: A hallucinogen found in disk-shaped “buttons” in the crown of several cacti, including peyote. Swallowed/ingested.

If you are worried about your use or a friend’s use of alcohol or drugs, contact the Office of Student Health Promotion. We are here to help you and guide you to resources on campus and in the community. Did you know that Ali, the director of student health promotion is a trained tobacco cessation counselor? If you would like to stop using tobacco or would just like to talk about it, schedule and appointment and she would be happy to assist you!