Recently, students in Stephen Shapiro’s Insider Perspectives on the Francophone World II and Paris on Screen: Tradition and Modernity courses had the opportunity to meet with French filmmaker Alice Diop, whose documentary Towards Tenderness won the 2017 CÉSAR award for Best Short Film.

Towards Tenderness explores male feelings about romantic relationships set against the banlieues of France. The film cuts across socioeconomic, racial, and sexual categories to give voice to marginalized perspectives on masculinity.

“Typically, straight individuals are the focus of this subject, but I liked how the film talked about one of the men who was gay. It was nice to see this representation,” said Karen Ng ’22.

“There’s an underrepresentation in film of people who are not white, who don’t fit the stereotypical French image people have,” said Sitashma Parajuli ’21. “Alice was so incredible in capturing how love is affected by social class and why it is represented the way it is in other media. It was eye-opening for those of us who haven't seen that otherwise.”

The group’s conversation with Diop was held in French, which provided a challenge for students at various levels.

“Alice is a native French speaker, and I’m still training my ear,” said Tula Goodman ’22. “But it’s a great experience to speak face-to-face like that; there’s a real intimacy that’s different than when you’re in the classroom, where everyone is coming from different backgrounds of learning the language.”

“These discussions are a good opportunity to find where we stand in our language acquisition. You go, ‘Oh wait, I understand half the things they’re saying, and that’s incredible!’,” said Parajuli. “In class, we’re all learning together, so when someone who’s a native speaker comes, it gives us a good understanding of where we all stand and how we’ve progressed.”

For students at Bennington, studying another language also provides a way to reflect upon and engage with the political and social issues influencing those cultures.

Language courses emphasize content and complex discussions alongside vocabulary acquisition, and classroom work is supplemented with interdisciplinary Language Series events that offer a perspective beyond the classroom.

Studying French language through this real-life perspective connects students to contemporary French society in ways that make the culture’s needs and problems seem as tangible and urgent as their own.

“A point Alice made is that the understanding of masculinity is a problem everywhere, not just in France,” said Aleyah Austin ’20. “In taking this language course, I’ve found it helps me understand the state of certain situations within the United States as well; the comparison is helpful. It doesn’t always feel like I’m studying this external, faraway place. It’s like studying what’s happening here.”

Throughout their time at Bennington, many students take courses in multiple languages, widening the cultural perspectives from which their studies can draw.

“I study anthropology, and we always come back to cultural relativism, where you look at the culture through its own lens instead of your personal bias. Language is a huge step in cultural relativism because it allows you that space to see culture through the language,” said Parajuli. “If I pursue a career in anthropology, I’ll have that stepping stone to understanding cultures as they are.”

“It was great to talk to Casey and Maboula because they gave insight to French culture that goes beyond a textbook,” said Zulfiqar. “Some people assume French culture is homogeneous, but speaking with people like Casey shows the difference between how a culture looks from a bird’s eye view versus the perspective of individuals.” 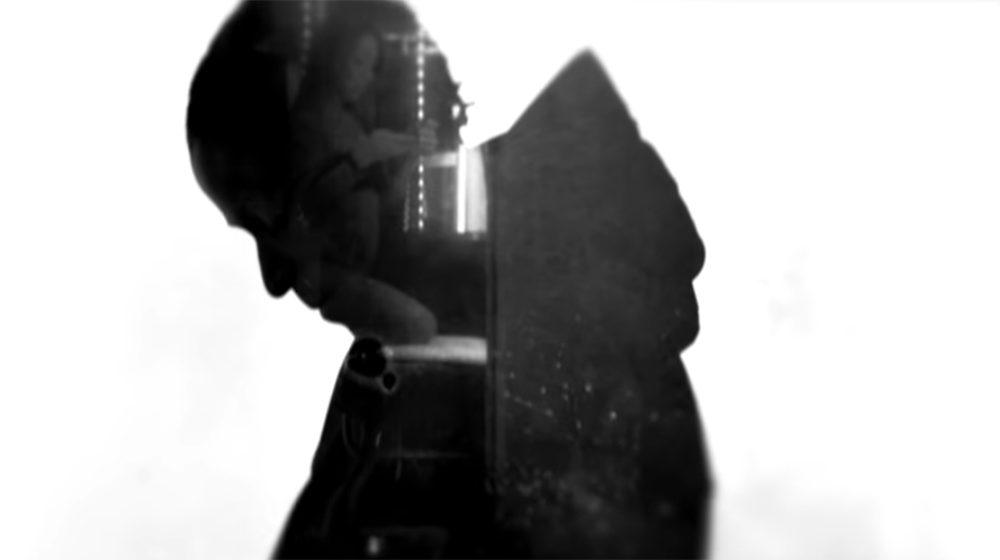 “It was interesting to see French society portrayed through historical texts,” said Bailey Kushinsky ’19. “The materials you get through textbooks are seen through the lens of grammar and geared toward specific material we’re trying to learn. The Language Series is useful because it gives real-world perspectives outside of that.”

The Language Series continues this spring with a testimony by three Bennington students who studied Chinese abroad, an Italian documentary screening and director Q&A, a scholar's discussion on Mexican poet Rosario Castellanos, and a presentation by Doménica Montaño-Moncayo '20 about violence against women and their protection in Ecuador.