The Society, Culture, and Thought Colloquium invites you to explore social questions and problems at the heart of contemporary debates. 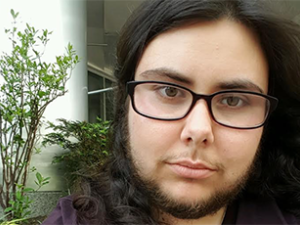 Dr. Eli Nelson (haudenosaunee/kanien’kehá:ka) teaches in the American Studies and Science and Technology Studies Programs at Williams College. He is also the Director of Research at The Center for Black, Brown, and Queer Studies. Dr. Nelson will give a presentation entitled, "Kānaka Maoli Voyaging Technology and Geography Beyond Colonial Difference." 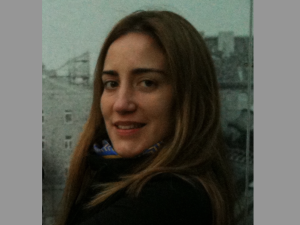 Munira Khayyat is Assistant Professor in the Department of Sociology, Egyptology and Anthropology at American University in Cairo. Khayyat will give a presentation entitled, "War from the South: Resistant Ecologies in a Landscape of Occupation." 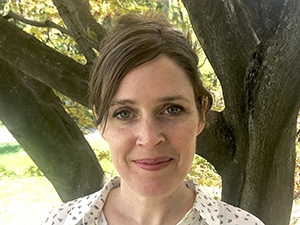 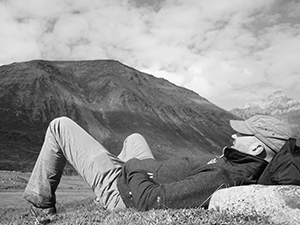 Lucas Bessire is an American writer, filmmaker and anthropologist. His work focuses on politics, environment and media in the Americas. Currently, he is an associate professor of Anthropology at the University of Oklahoma. He will give a presentation entitled, "Aquifer Aporias: Towards an Anthropology of Groundwater Depletion."

Bennington College Guest COVID Vaccination Protocol
Bennington College requires that all guests be vaccinated and have the appropriate vaccine booster. To enter into a building on campus, guests are asked to complete a visitor form—ideally 24 hours before their arrival. Visitors who have not completed this form will be asked to show their vaccination card before entering any campus buildings. Masking indoors is required in any shared spaces.

Carol Pal has been a professor of history of early modern Europe at Bennington College since 2008. Pal’s first book, Republic of Women: Rethinking the Republic of Letters in the Seventeenth Century, is a case study of female scholars in the seventeenth-century Republic of Letters. Published in 2012 by Cambridge University Press, the book won the Joan Kelly Memorial Prize for best book in women’s history from the American Historical Association. Watch the recording.

Rotimi Suberu has been a professor of Politics and International Relations at Bennington College since 2008. His research interests are Nigerian government and politics, the management of ethnic and religious conflicts, and federalism and democratization. "Nigeria is Africa's demographic giant, multi-ethnic colossus, and oldest federal system. This talk Suberu will discuss the country's struggles to craft a stable federal 'solution' to its perennial challenges with national integration, democratization, and socio-economic development." Watch the recording.

Emily Waterman is an applied developmental scientist, and has been a professor of Phycology at Bennington College since 2020. This talk entitled “Promoting youth development through community-engaged violence prevention".In this presentation, Waterman will share findings from a recent multi-method evaluation of a youth-led sexual violence prevention initiative. She will then share updates from a current project that seeks to develop and evaluate a family-based adverse childhood experience prevention program for primarily Indigenous families. She will discuss lessons learned in the areas of community-based prevention as well as areas for future directions. Watch the recording.

Leddy-Cecere is a scholar of language variation and language change, and a professor of linguistics at Bennington College since 2018. In his talk Leddy-Cecere “The role of contact in the rise of grammar across Arabic dialects” will introduce elements of his ongoing research into socially-induced change in the grammatical systems of modern Arabic, examine this link between metaphor and grammar, and will apply this lens to data from several dozen modern Arabic speech communities. Watch the recording.

The Society, Culture, and Thought Colloquium invites you to explore social questions and problems at the heart of contemporary debates.

Nicole Starosielski is Associate Professor of Media, Culture, and Communication at New York University. Her research focuses on the connections between media, infrastructures, and environments. This talk entitled "How Climate Change Will Kill the Internet: A Forecast" is a forecast of what will happen to the undersea cable system, internet infrastructure, and the content it circulates in the wake of climate change.

Poet, media scholar, and former network engineer, Tung-Hui Hu is an associate professor of English at the University of Michigan. This talk entitled "Enter Sleep Mode" starts from the unorthodox idea that a study of technical interactions is not just about decoding platforms but also about studying service work—call center operators, wait staff, even sex workers.

Kris Paulsen is associate professor in the Department of History of Art at The Ohio State University. This talk on "Oracular Intelligence" examines how the bodies, figures and forms we give to AI, as much as their “brains,” determine the kinds of relationships we can have with them and the futures they can offer to us in return.

Spring 2018 | Beyond the Binaries : Gender Formations Across Space and Time

The Society, Culture, and Thought Colloquium invites you to explore social questions and problems at the heart of contemporary debates. For Spring 2018, the Colloquium brings to campus a series of distinguished scholars whose work engages the complexities of diverging gender formations across time, space and culture.

Gregory C. Mitchell is an Assistant Professor at Williams College in Women's, Gender & Sexuality Studies. He gave a lecture on "Tourist Attractions: Performing Race and Masculinity in Brazil’s Sexual Economy."

Sahar Sadjadi is Assistant Professor of Sexuality, Women's and Gender Studies at Amherst College and a trained medical doctor. She gave a lecture titled "From Domineering Mom to True Gender Self: The Clinical Management of Gender in Children."

Ann Marie Leshkowich is Professor of Anthropology and Director of Asian Studies at College of the Holy Cross. She gave a lecture titled "Affective Expertise: Gender, Class, and the Labor of Social Work in Ho Chi Minh City."

Eileen Zurbriggen is a Professor of Psychology at UCSC and the Chair of the American Psychological Association Task Force on the Sexualization of Young Girls. She gave a lecture titled "The Sexualization of Girls: Feminist Reflections on Objectification and Empowerment."

Fall 2017 | Neoliberalism and Its Discontents

Through engagement with a series of talks by distinguished scholars, the campus community explored what is Neoliberalism and what are its effects using economic, political, cultural, and psychological perspectives. 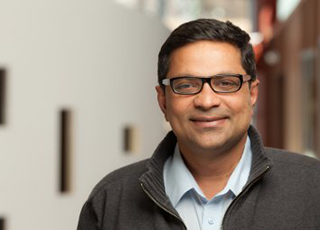 Monday, September 18, 2017
"Class Inequalities in India and China in Neoliberal Times"
A lecture by Vamsi Vakulabharanam
In his research, Vakulabharanam argues for a theoretical framework that incorporates two levels of political economic processes. First, global capitalist crises lead to the creation of an institutional structure or a regime in the capitalist centers that influences inequality in these core countries and in the periphery. Second, the class configuration in the non-core countries set institutional arrangements that play a key role in determining inequality outcomes. Watch the video. 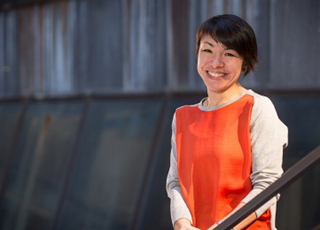 Monday, September 25, 2017
"Sexuality, Choice and Power in a Neoliberal Age"
A lecture by Laina Bay-Cheng

Laina Bay-Cheng, Associate Professor and PhD Program Director, School of Social Work at the University of Buffalo. Since the beginning of her career, she has concentrated on the social determinants of young women’s sexual well-being. In contrast to the dominant equation of youth sexuality with risk, Bay-Cheng contends that young women’s vulnerability to negative sexual experiences stems from unjust social norms and material conditions. Reflecting her interdisciplinary background and perspective, she is pursuing two lines of questioning in her current research projects: 1) how young women’s sexual experiences, including of unwanted sex, vary at intersections of gender, class, and race; and 2) the impact of neoliberal ideology on constructions of young women’s sexuality. 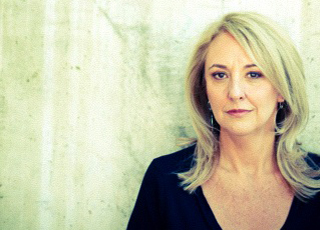 October 12, 2017
"Up Against 'The Wall': Intersectional Organizing Against the Global Right"
A lecture by Lisa Duggan 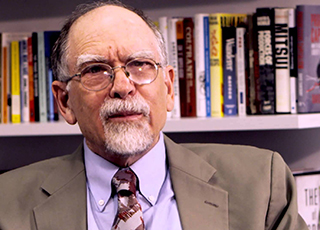 October 16, 2017
"Capitalism: The Future of an Illusion"
A lecture by Fred Block

Fred Block is a political and economic sociologist at UC Davis. Block’s work has helped debunk the widespread claims that the "free market" alone will drive the innovation process. On this score, his work is critical for a number of different constituents, in the U.S. and around the globe: scientists, creative workers, university administrators, and a host of other researchers. For the last seven years Block has been researching the activities of the U.S. government in support of the commercialization of new technologies. He has published an edited book on these programs called the State of Innovation: The U.S. Government's Role in Technology Development. His earlier books include The Power of Market Fundamentalism: Karl Polanyi’s Critique written with Margaret R. Somers, The Origins of International Economic Disorder (1977), Postindustrial Possibilities (1990), and The Vampire State (1996). Watch the video.

Spring 2017 | Solidarity and the Self

In this Spring speaker series, the campus explored how a individual's sense of self-becomes tied to political movements and solidarity activism. We examined this questions using queer theory, psychological, political science, environmental studies, and women of color feminist perspectives. 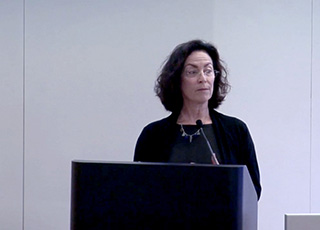 Monday, May 8, 2017
"Embodied Ecologies: Whose Stories? Whose Anthropocene?"
A lecture by Dr. Giovanna Di Chiro

Dr. Giovanna Di Chiro is the Lang Professor for Issues of Social Change at Swarthmore College. She has published widely on the intersections of race, class, gender, and environmental justice with a focus on activism and policy change addressing environmental health disparities in lower-income communities. Watch the video. 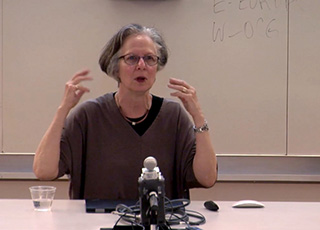 Monday, May 1, 2017
"Morality: A Dual System Perspective"
A lecture by Ronnie Janoff-Bulman

Dr. Janoff-Bulman is a world-renowned political psychologist and the head of the graduate psychology program at the University of Massachusetts, Amherst. Janoff-Bulman’s research on victimization and trauma led to the groundbreaking book Shattered Assumptions: Towards a New Psychology of Trauma (1992). Watch the video. 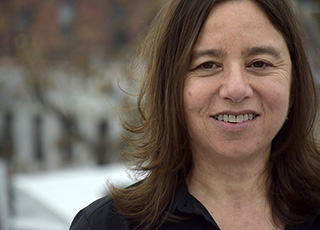 Thursday, March 9, 2017
"Conflict is Not Abuse"
A lecture by Sarah Schulman

Novelist, essayist, playwright, queer activist, and Distinguished Professor of the Humanities at the College of Staten Island, Sarah Schulman offers an eye-opening and original perspective on the cultural phenomenon of blame and scapegoating, as explored in her acclaimed work, Conflict Is Not Abuse: Overstating Harm, Community Responsibility, and the Duty of Repair. Watch the video.