Animation incorporates both the visual and performing arts. Students learn the fundamentals of producing an animation: from using stop motion and single cell drawings, to creating models and objects and erasing drawings, to using CGI and other techniques to create a world. The software and hardware covered includes DragonFrame, MAYA, Adobe After Effects, Premier, Photoshop, laser cutting for silhouettes and forms, green screen areas, multi-plane set ups, copy stands, and motion tracks. Subjects used as catalysts for the animations range from current affairs, narratives, to poems, short stories, or visual stimuli. Students are encouraged to consider their work in a wide historical context as they work to master technical developments.

Students, at times, draw on and combine their work in other areas when creating advanced projects, whether music, Chinese, French, philosophy, biology, drama, or other visual arts areas. The emphasis is on exploration, bringing life to mundane objects, and giving a voice to a drawing, an image, an inanimate object. At the end of each term there is a public showing of the final animations from each class.

Projection design reaches across the visual arts, drama, music, and dance. Designs and projections are developed to alter a space, bring in more information to a theatre production or act as a texture for surfaces. Students use live manipulated footage, previously created footage, and project on a variety of surfaces and spaces. The software Isadora, QLab, and various editing software are used.

Set/production design is anchored in the drama program and gives students the opportunity to learn the basics of designing for a performance, as well as opportunities to design student- and faculty-directed productions. Additionally, students have created puppet shows range from small, one-person events to much larger affairs. 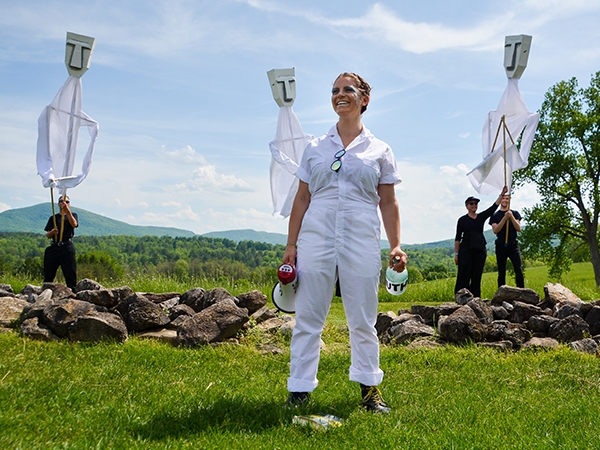 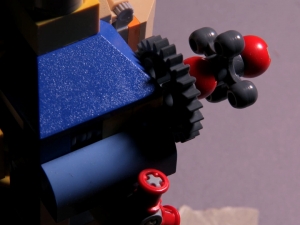 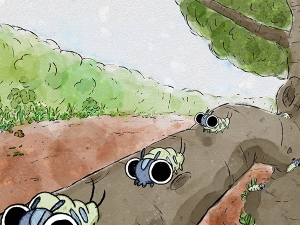 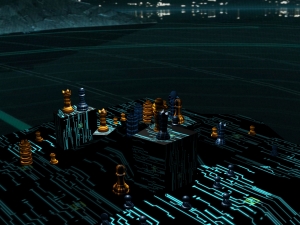 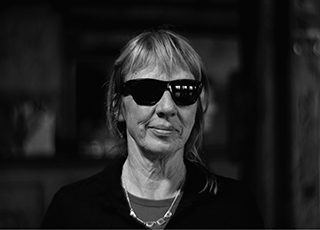 Sue Rees has exhibited her set designs, animations, installations, and video works worldwide and has worked collaboratively with choreographers, directors, and musicians in the United States, Europe, and India.