Physics seeks to answer fundamental questions about how the world and universe are put together. Because of this broad window, students are drawn to physics from a wide range of interests. Some are interested in “pure” physics and wish to establish a solid background to serve them on a path to graduate school. Some are interested in how physics is applied to study natural world, through geology, astronomy, chemistry, ecology, or biology. Others are interested in establishing a solid underpinning from which to further their studies in engineering, medicine, or architecture. Still others feel the need to study physics as part of a broad liberal arts education.

The wide variety of students who study physics at Bennington (along with the very nature of self-directed education) means that there is no “one size fits all” list of courses or sub-areas to focus in. However, we work to establish a firm grounding in both classical and modern physics though teaching classes in quantum mechanics, special relativity, thermal physics, and engineering physics, in addition to many astronomy and geophysics classes.

As with all science disciplines at Bennington, the study of physics is marked by small classes (no more than 25 students in introductory physics and often fewer than 10 students in upper-level classes), close collaboration with faculty members, student-designed research projects, and a strong collegial atmosphere among the students in the discipline.

Students study astronomy at Bennington for a wide variety of reasons: some are planning careers as professional astronomers, some view it as an important supporting area for another primary area of study, and still others study it as part of the broad, liberal arts education that all Bennington students pursue. As such, students with plans in astronomy can follow many different paths.

Astronomy students interested in research work in astronomy study a wide variety of topics, from planetary atmospheres to stellar structure and evolution to galactic evolution and cosmology. Integral to most plans in astronomy is a firm grounding in physics. Students often take a wide variety of physics classes to support their astronomical education. Further supporting this work is coursework in mathematics and computer science.

Much like the other science disciplines at Bennington, students studying astronomy often get involved in research projects early. These students learn observational and research techniques by making use of Stickney Observatory, the small radio telescope on the roof of Dickinson, and publicly available national facilities. 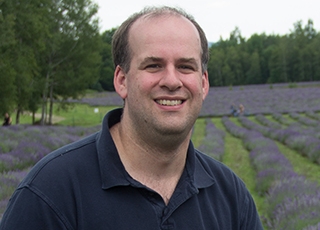 The work of astronomer Hugh Crowl addresses questions of how the massive collections of stars, gas, dust, and dark matter that we call galaxies assemble. How do galaxies form and evolve? Specifically, how do environmental conditions such as the flow of gas in and out of galaxies affect that process? 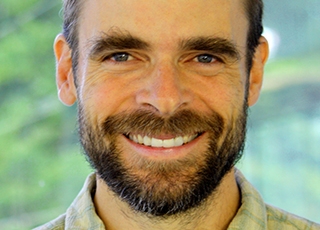 Tim Schroeder applies physical and chemical principles to understand interactions between deep-Earth and shallow-Earth systems. His courses are based on the idea that geology begins as an observational science, but that understanding Earth observations requires a physical sciences context.