“I think I grew up a bit as an artist. These days, I'm more willing to look sincerely at the things I make with less agenda.”
— Paul Matteson, MFA in Dance '07 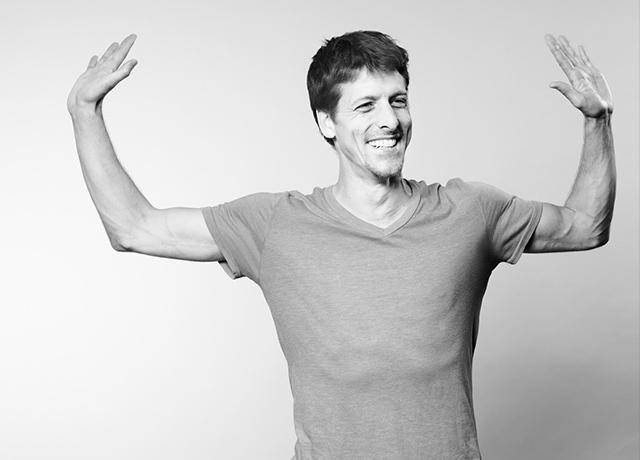 "The reason I chose Bennington was to get better at choreography. Bennington offered unlimited space and time and the opportunity to work side by side with practitioner-faculty. My secret plan was to craft an evening-length dance each year, which led to a crash during my second semester. I struggled for months in the studio and ended up with nothing. While I cringe thinking of that confusing time, I think I grew up a bit as an artist. These days, I am more willing to look sincerely at the things I make with less agenda. I also take away from my time at Bennington a refined interest in movement invention, trust in the unfolding potential of postmodern experimentation, and the love of daily improvising. What else? Courage from Jenny Rohn's and Kirk Jackson's acting classes. Dana Reitz's transforming suggestion that I 'trust my ankles.' Terry Creach's immense archive of crafting methods from which I borrow/steal every day in my teaching. Susan Sgorbati's humor and watchful eye. A growing understanding, as a mover, the benefit of holding still. The inevitable growth that comes on its own from a steady and continuous practice. Trust in my way of dancing."

Paul Matteson lived for many years in New York City as a choreographer, performer, and teacher. He was a principal dancer with the internationally touring Bill T. Jones / Arnie Zane Dance Company from 2008-2012, performing at The Kennedy Center Honors and featured in The American Masters documentary Bill T. Jones: A Good Man. His duet collaborations with Jennifer Nugent were presented in NYC by Danspace Project, Symphony Space, and Dance Theater Workshop. From 2000-2005, Paul was a member of David Dorfman Dance and Race Dance, receiving a New York Dance and Performance Award (BESSIE) for his "Body of Work" in 2002. He also performed for Terry Creach, Peter Schmitz, Kota Yamazaki, Chamecki/Lerner, Jamie Cunningham, Neta Pulvermacher, Susan Sgorbati, Helena Franzen, and Keith Johnson. He was a guest artist at numerous universities nationally and abroad and taught/perrformed regularly at The American Dance Festival, The Bates Dance Festival, and The Florida Dance Festival. Paul joined Amherst College and Mount Holyoke College in the fall of 2012 as an Assistant Professor of Dance.